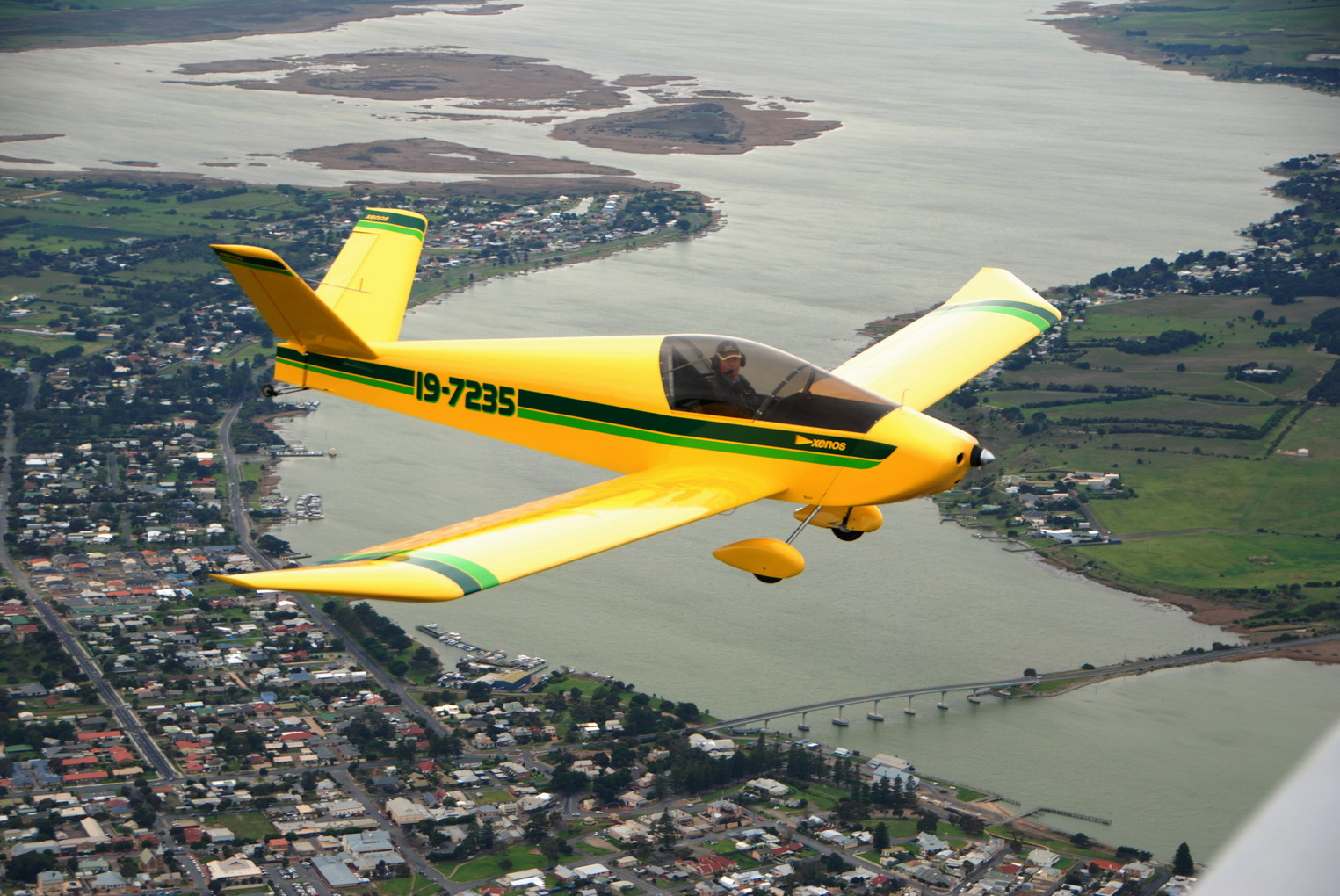 Xenos #35, built by Steve Nelson and Chris Dearden, became the first to fly in Australia on the 12th of August 2010.

The Xenos motorglider is an all metal 2 place motorglider with 1:24 glide performance and a range of 400nm. It uses either an 80hp AeroVee or 120hp Jabiru engine. There are currently over 40 Xenos under construction around the world.

The kit arrived in December 2007 and as we unpacked the large quantity of aluminium extrusions, laser cut parts and reviewed the plans we began to wonder if we had bitten off more than we could chew. The 15,000 rivets in bags didn’t help. 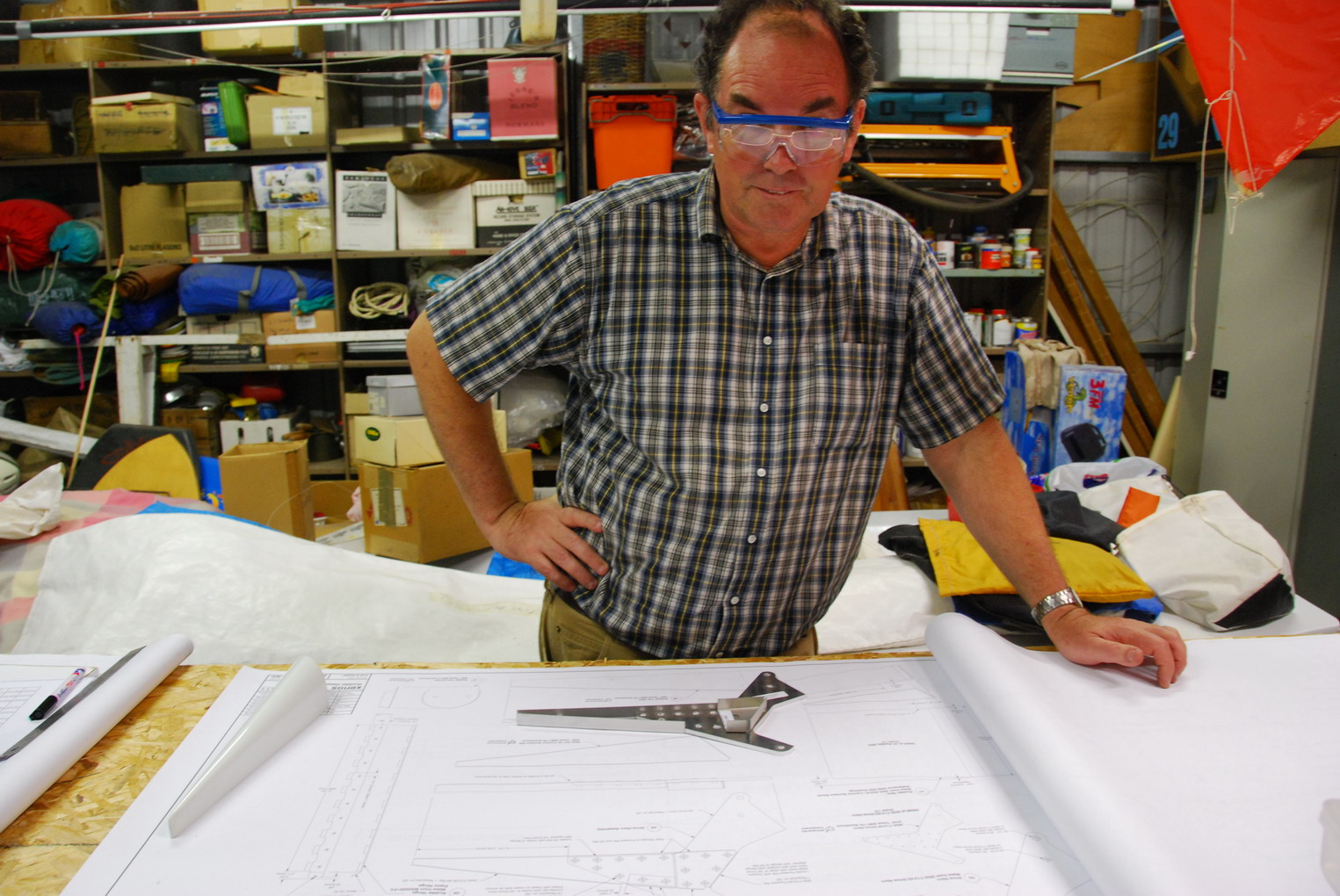 What have we got ourselves into?

The excellent and very detailed plans and a clearly documented building tree got us started. Our kit required a large number of brackets and other components to be cut from the extrusions and shaped by hand. This turned out to be a very enjoyable and satisfying process, but did take quite a bit of time. It is now possible to optionally purchase premade aluminium parts as part of the kit, which will speed up the construction process significantly.

A significant number of parts are laser cut, including the tail and wing spars and all the skins. All rivet and bolt holes are pre drilled and only required drilling out and clecoing together. Of course, once assembled and drilled, it all has to come apart and be deburred, alodined and etch primed before reassembly.

The fuselage went together quite quickly and pretty soon we could sit in it and make aeroplane noises. The main spars are made up of 8 layers of aluminium sheet and machined spar caps held together with about 2,000 solid rivets. The ribs are all preformed and the ease with which they and the skins fitted together is a testament to the high quality of the cad/cam parts. Everything fitted to within 1mm. There are a lot of holes to drill when fitting the skins and we needed a lot of clecos! 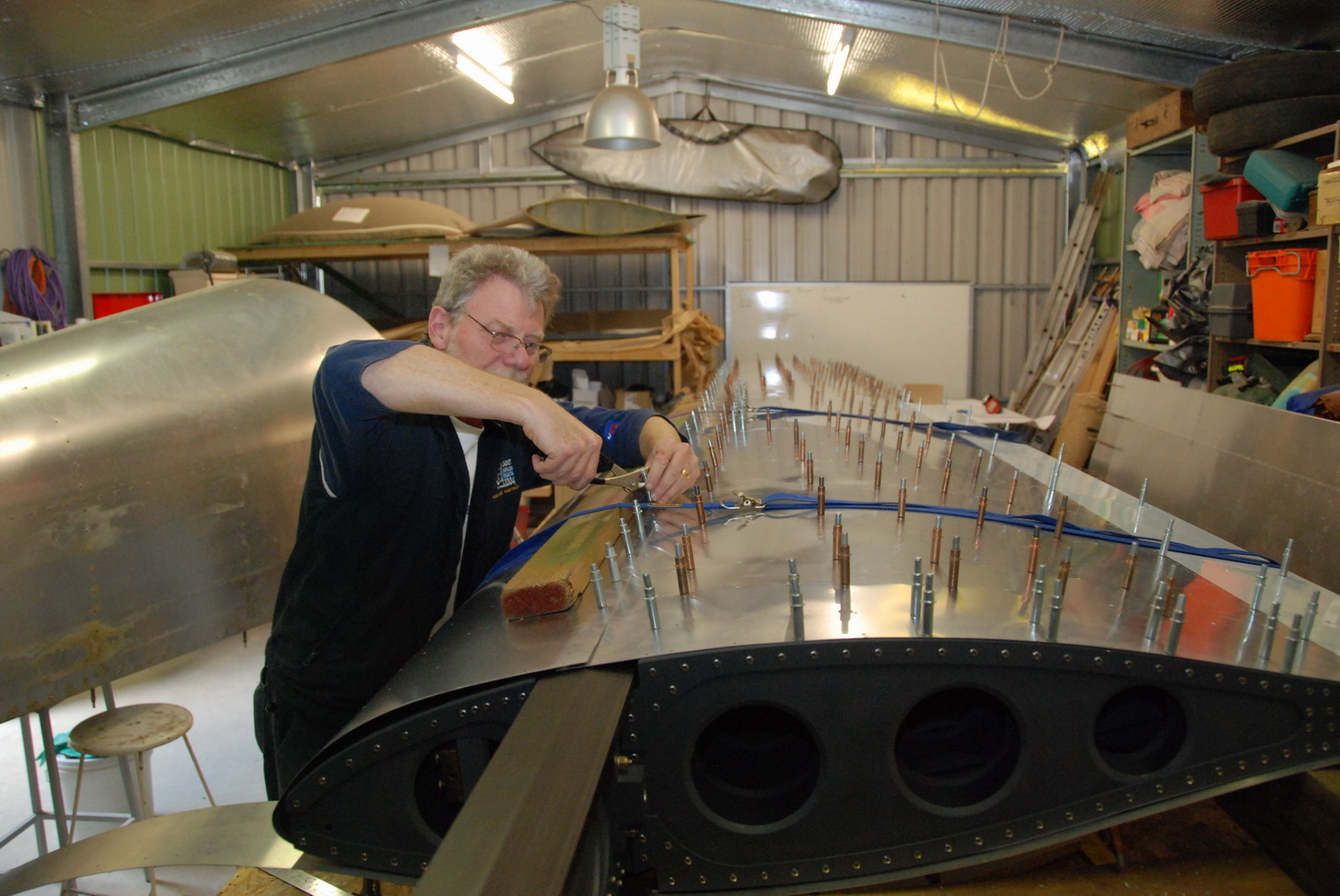 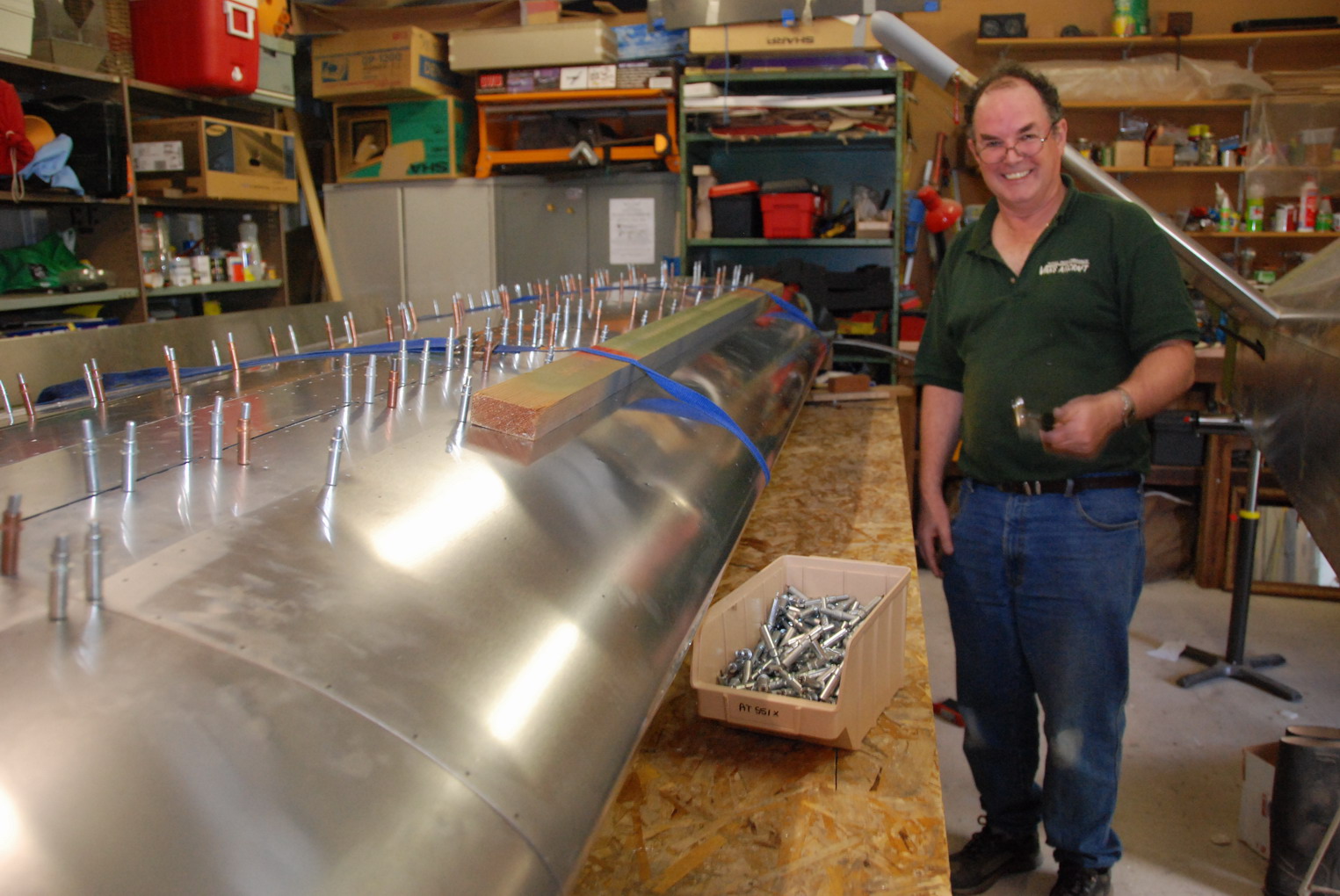 The AeroVee engine arrived as a kit and we wisely obtained help from an expert in building VW racing engines to put it together. 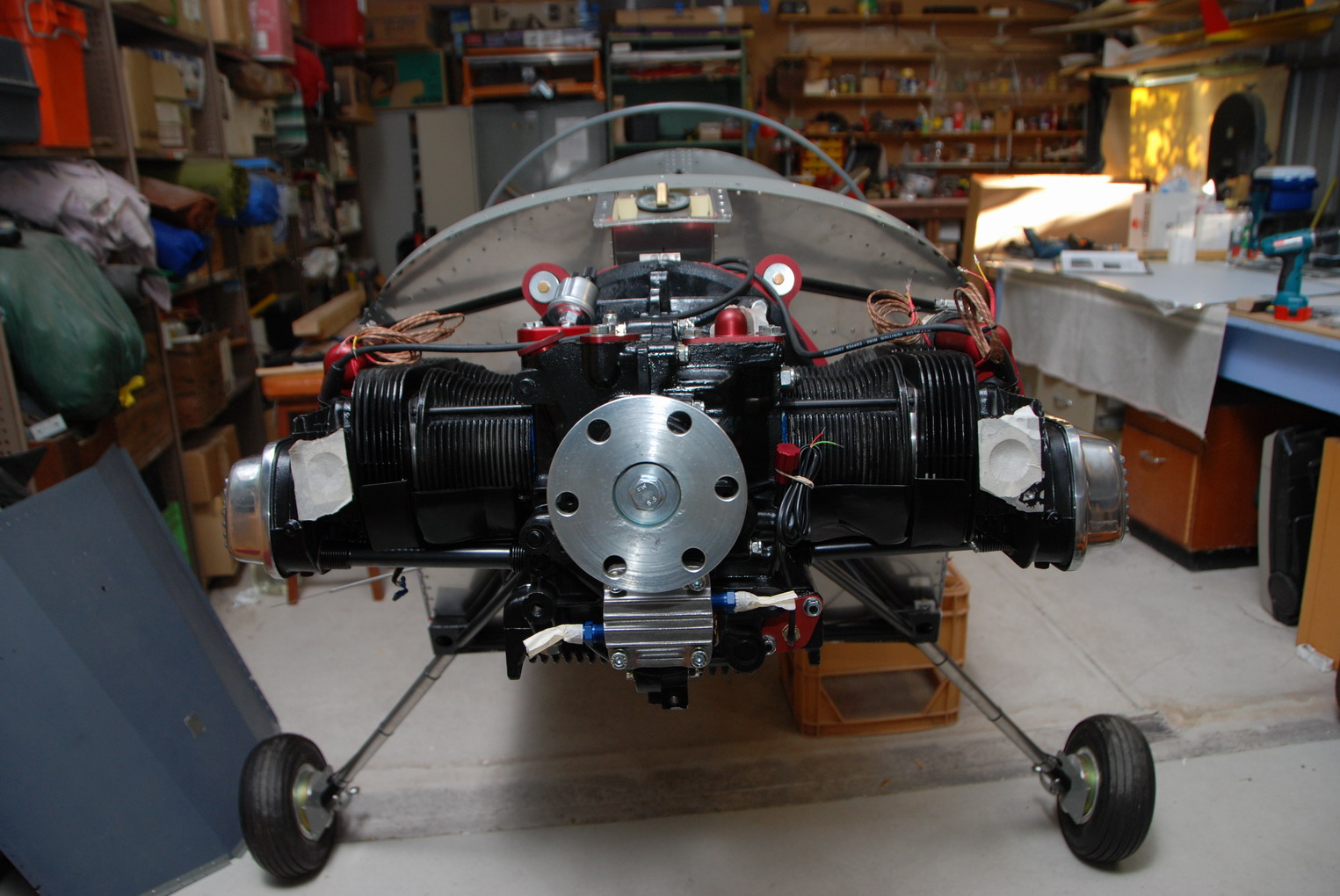 Getting the wings installed turned out to be a lot harder than we thought. Who would have thought that drilling 4 holes would take all day. 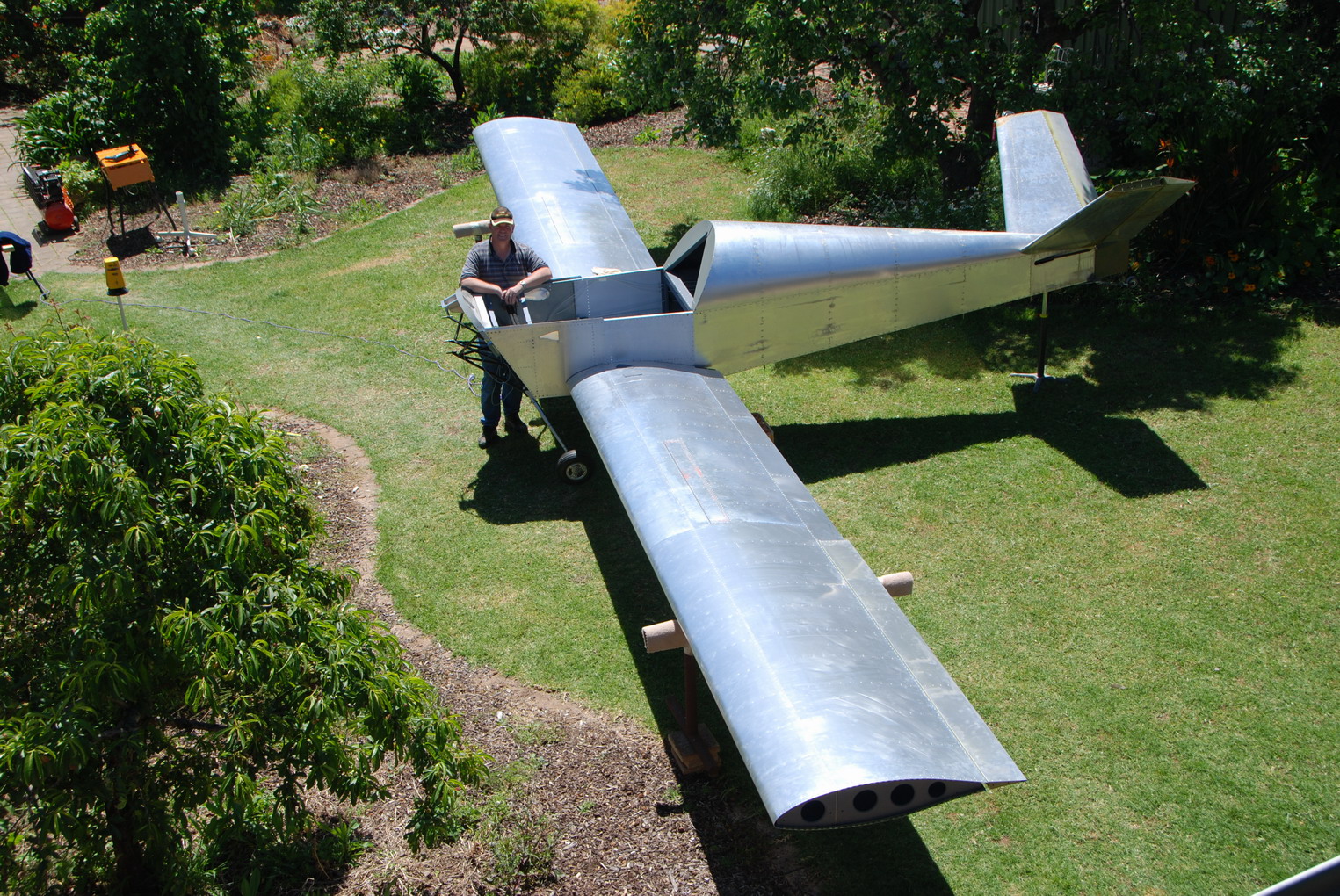 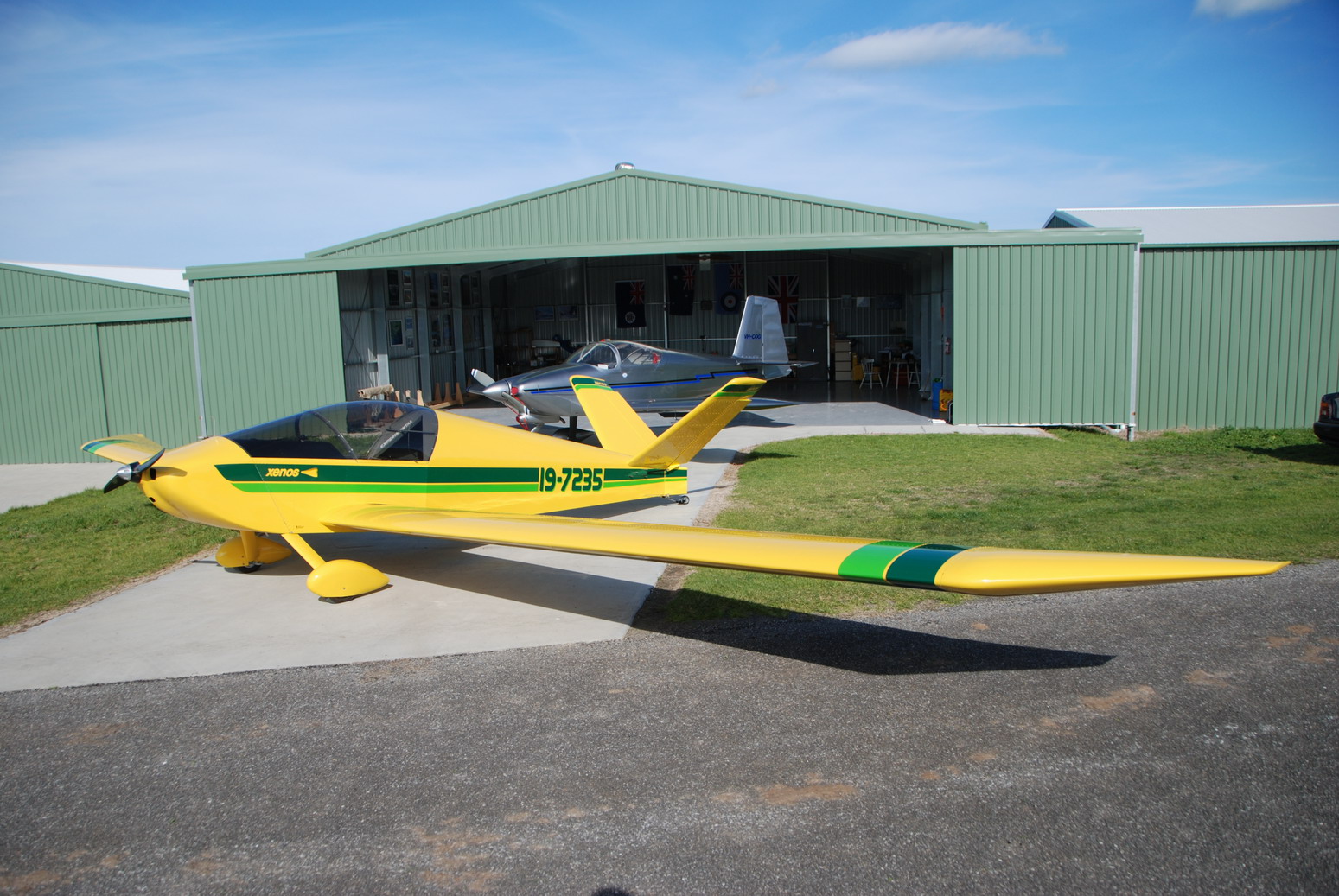 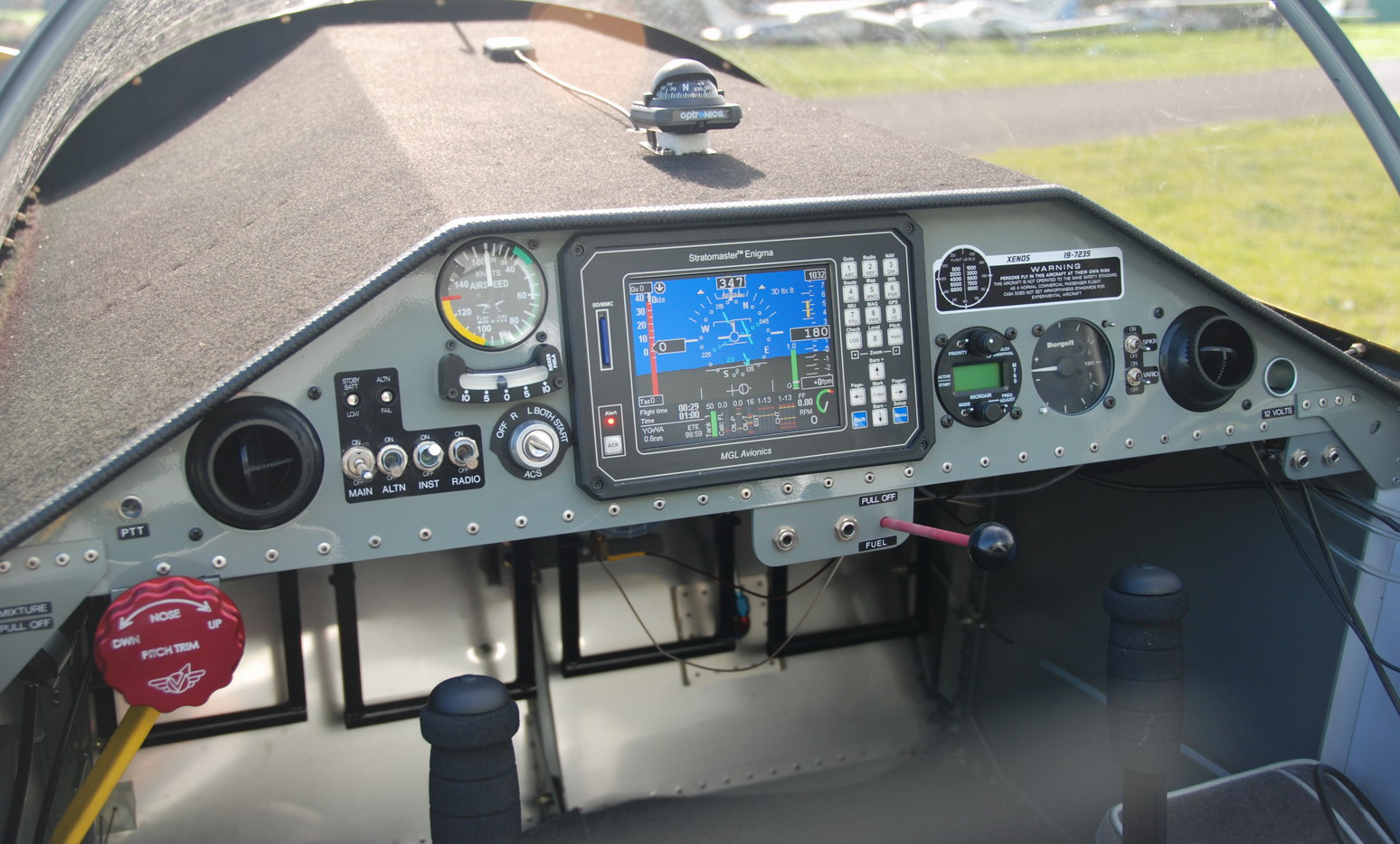 The first flight was very straightforward and the Xenos flew perfectly. Handling is light and shows great promise for soaring.

With only a small amount of throttle required to achieve better than 1:40 we expect very economical cross country trips. Once the engine is run in and good soaring conditions arrive we will report back with detailed performance figures.

We plan to be at Natfly at Temora Easter 2010. See you there.