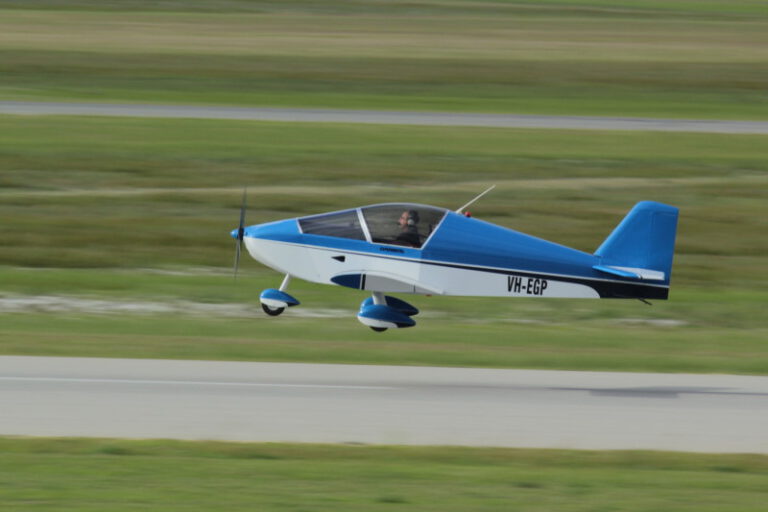 My kit for the Aerovee powered, tri gear Sonex (plans no. 1586) took to the air on the 26th of June 2018. I flew the first flight at Perth, Western Australia’s GA Airport at Jandakot. The picture of the first lift off, taken by a friend, is attached. I’m very impressed with the way the aircraft flies. It has very good manners on the ground, has very nicely harmonised controls and gave me no concerns during the flight. I have had some five years of building the Sonex and have enjoyed most of the process. The support, from my Technical councillors from The Sport Aircraft Association of Australia and from Kerry at Sonex, has smoothed over the occasional areas where assistance was required. Over the past few years I have read many posts on Facebook, marking the successful conclusion of Sonex builders all over the globe. I am happy to have joined their ranks. Thank you for a great aeroplane.

My aeroplane is a Sonex Tri-gear, with about 115 hours on it so far. I am currently replacing the AeroVee engine, with a Rotax 100hp ULS. It is now in the engine mount construction stage, helped enormously by a jig constructed for the purpose by Brett Ahern in Geraldton WA. Brett did the same job on his aircraft last year. (The Aerovee has been sold to someone who is going to use it in a beach buggy.) I will send you some more details as the project continues.
I was fortunate to see Brian Hamm’s aeroplane under construction, when I visited Melbourne, before going on to Yarrawonga. Brian’s aircraft would be one of the best constructed  Sonex aircraft around.