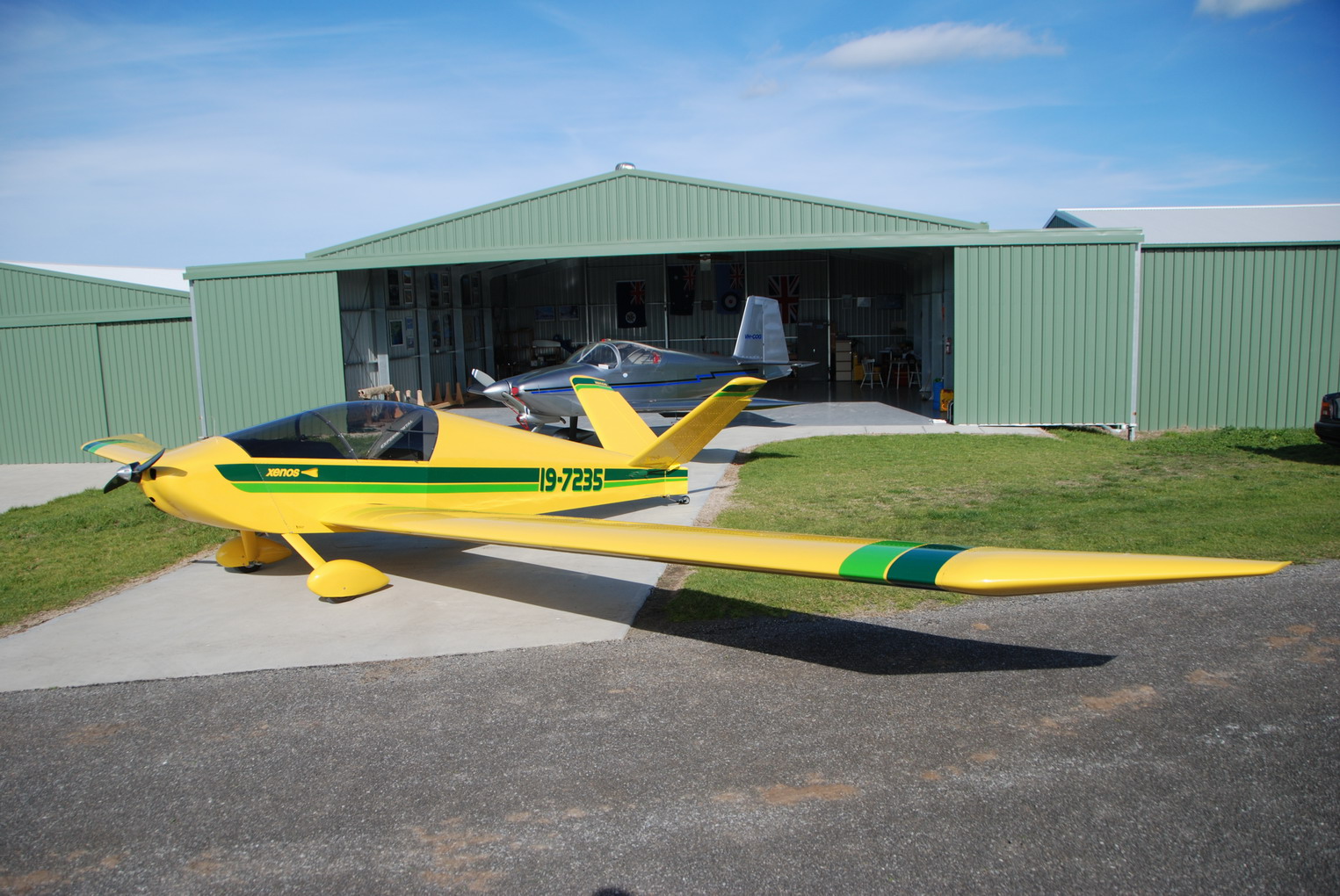 The flyin was a great success, with over 50 people flying and driving in for the event, over 30 from interstate. We had more than 25 aircraft fly in over the weekend.

Stuart Trist, Lynn Jarvis and Ian Mitchell flew in in their Sonex’s to join Steve Nelson and Chris Dearden’s Xenos.

A number of builders and prospective builders had their first rides in a Sonex Aircraft.

The free lunch and breakfast BBQ sponsored by the Alexandrina Council and local MP Adrian Pederick was very popular.

Tony Richardson and Greg Jones did a great job as chefs and cooked over 50 steak sandwiches and 30 sausages for the lunch and 35 egg and bacon sandwiches for the breakfast.

We had 30 people for the dinner at Ginger and Spice and all greatly enjoyed the food.The dinner was complimented by Coopers Pale Ale donated by the Edinburgh Hotel and Steve Nelson.

A number of prizes were given out at the dinner. We gratefully recognise the support of our sponsors, including Ozrunways, who donated a Professional Subscription of Ozrunways (for iPad/iPhone) including a knee dock, shirts from Matt Hall Racing and Sonex Aircraft who provided a collection of shirts, hats, badges and pins as well as a copy of John’s book ‘From Soneri to Sonex’.

Another view of the flight line early Saturday 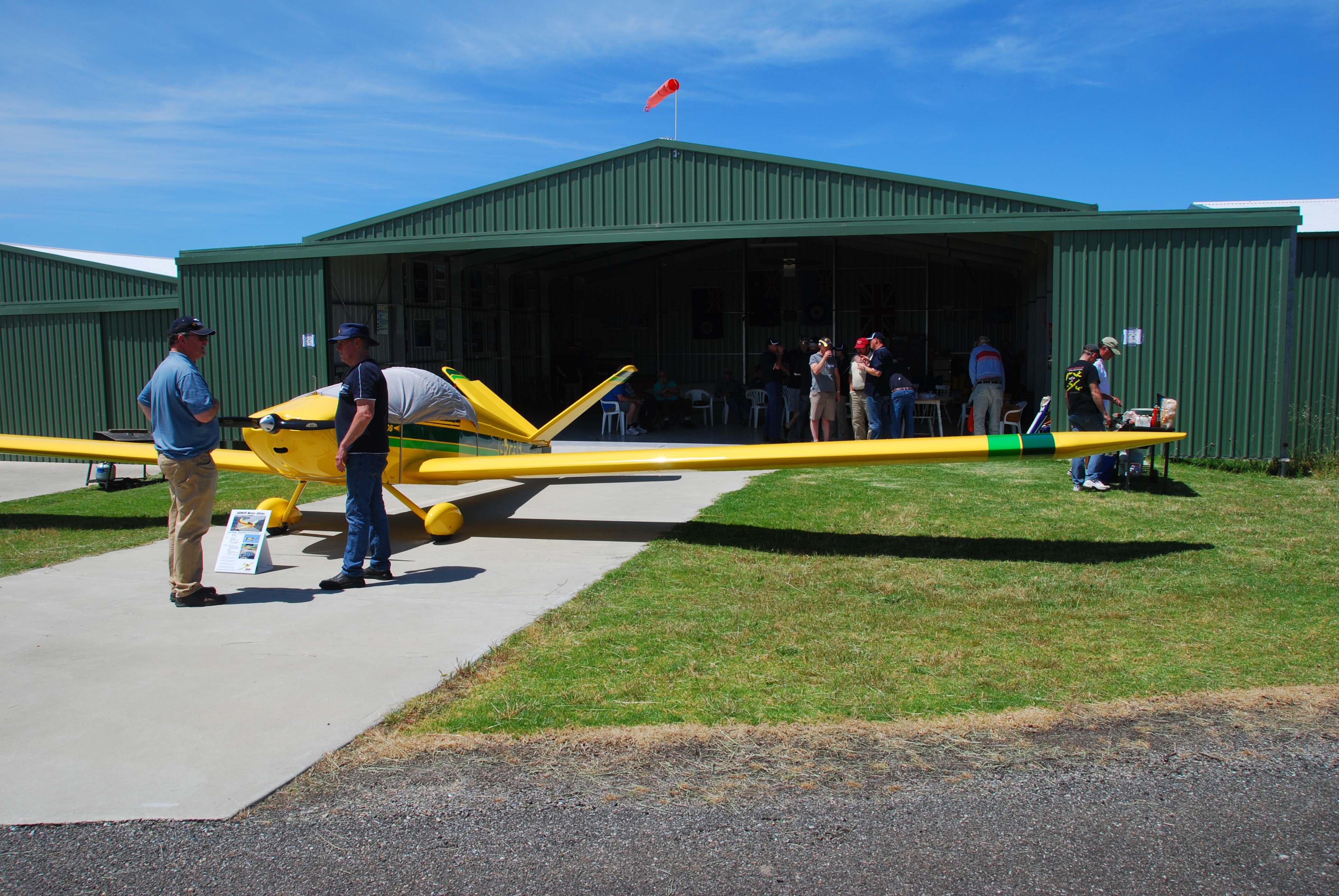 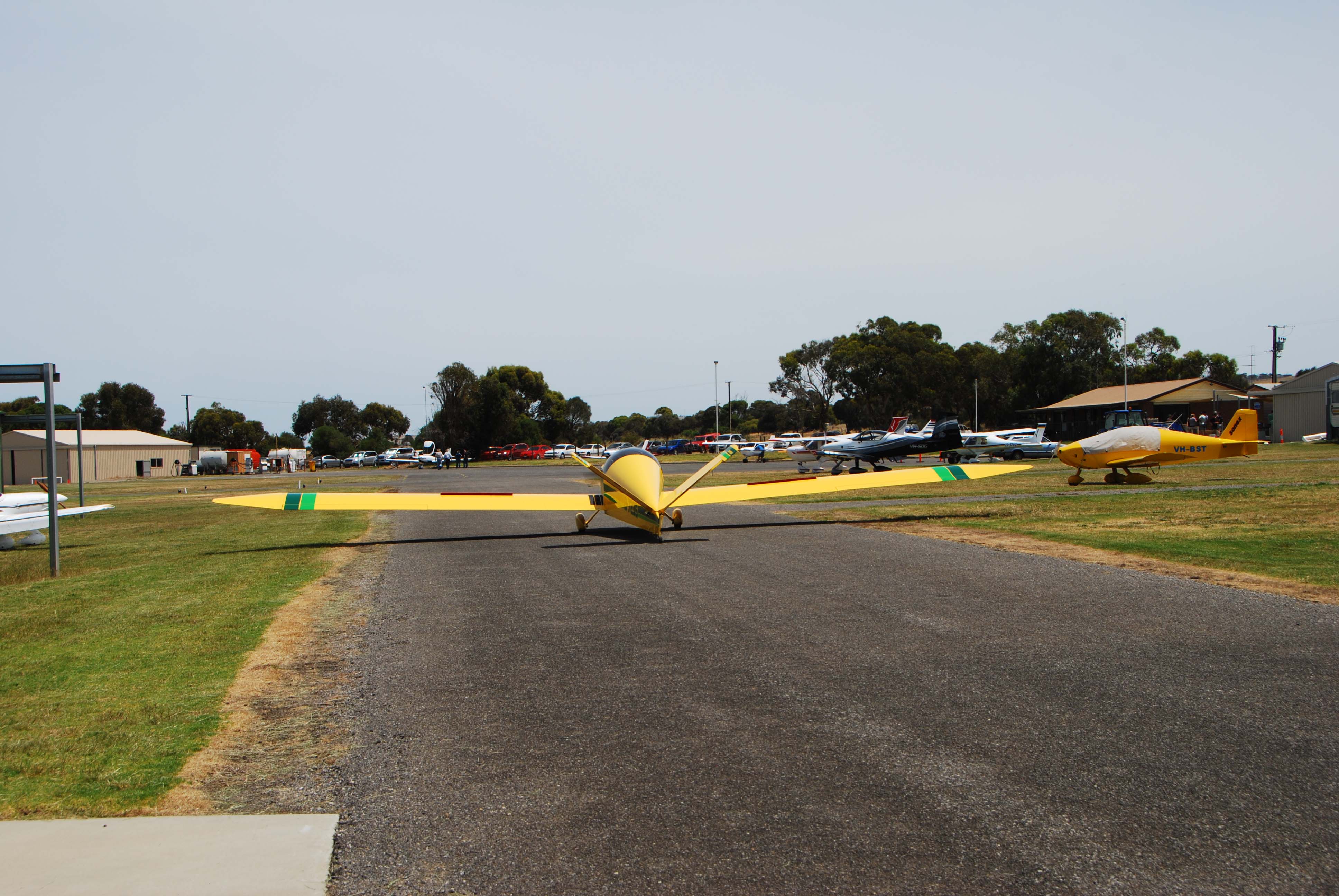 Xenos off for a demonstration ride. Stuart Trists Sonex on right 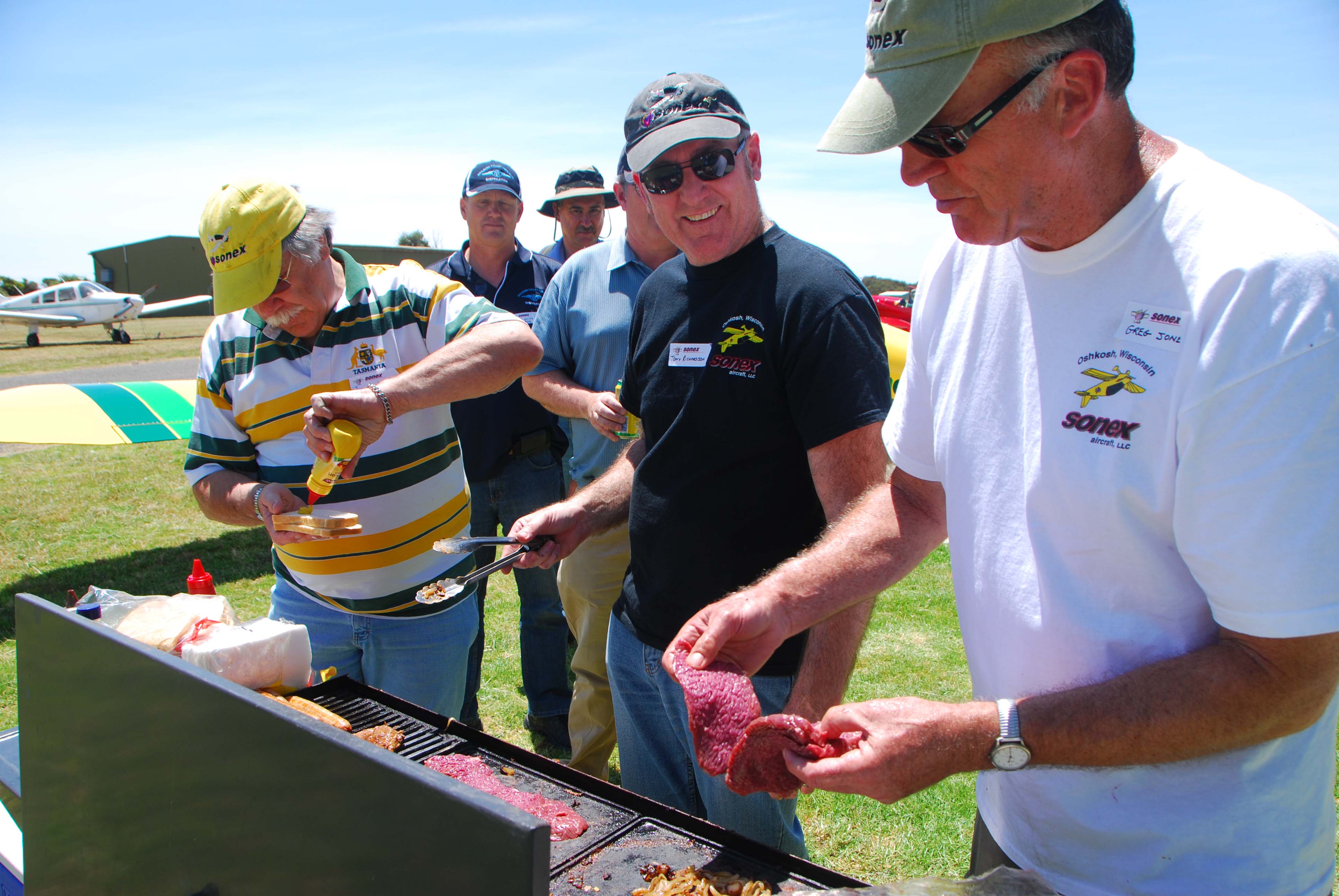 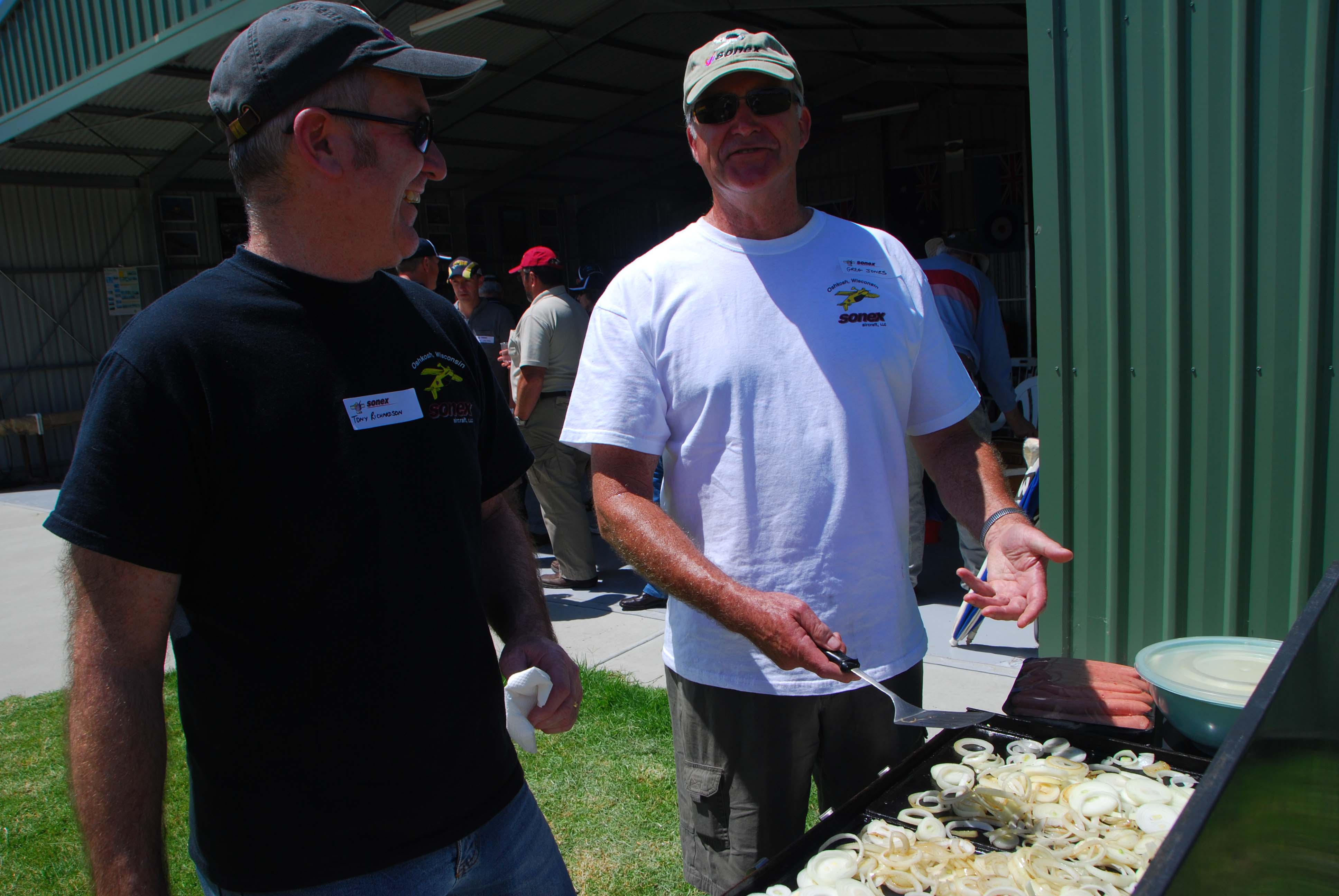 Thats a lot of onions 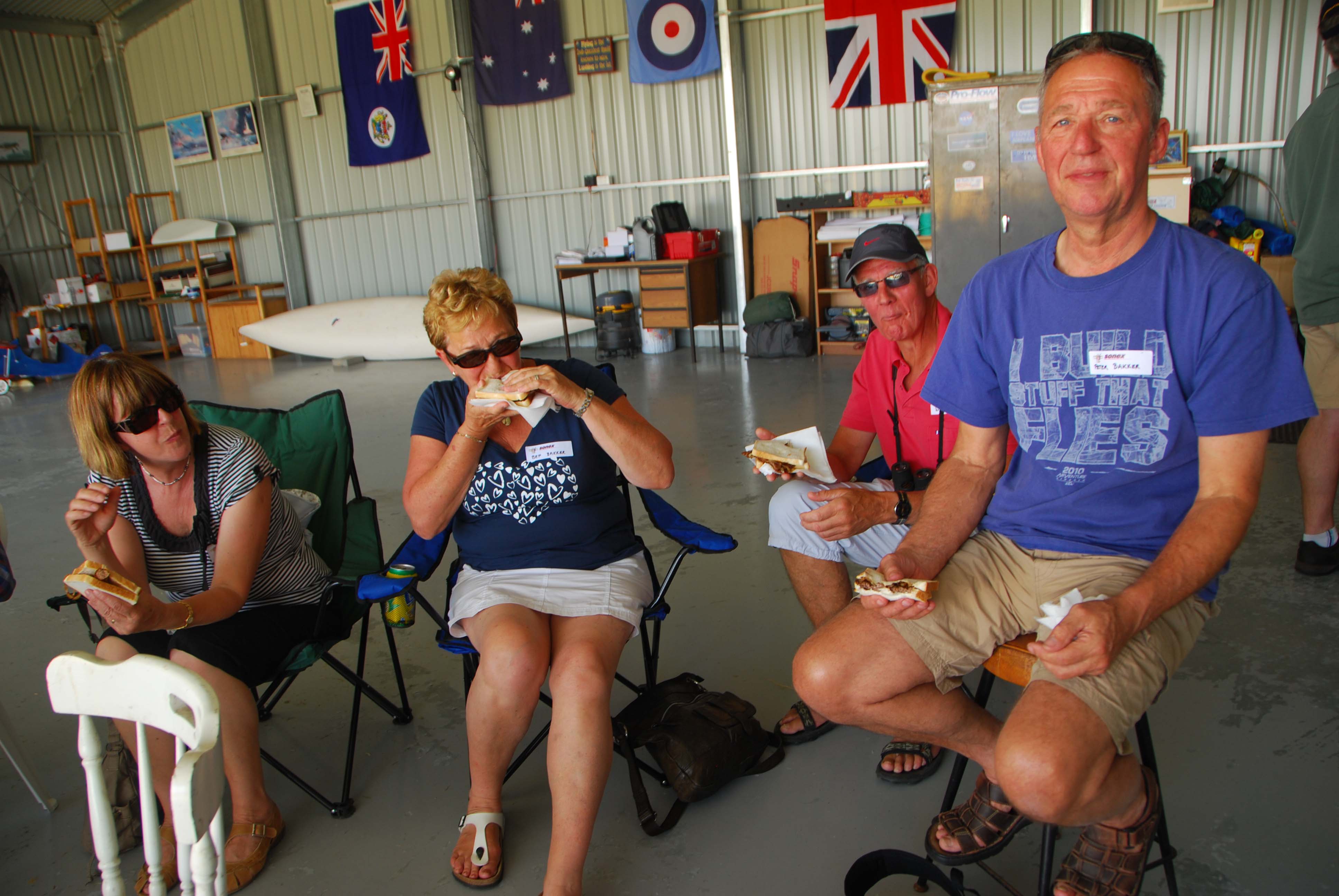 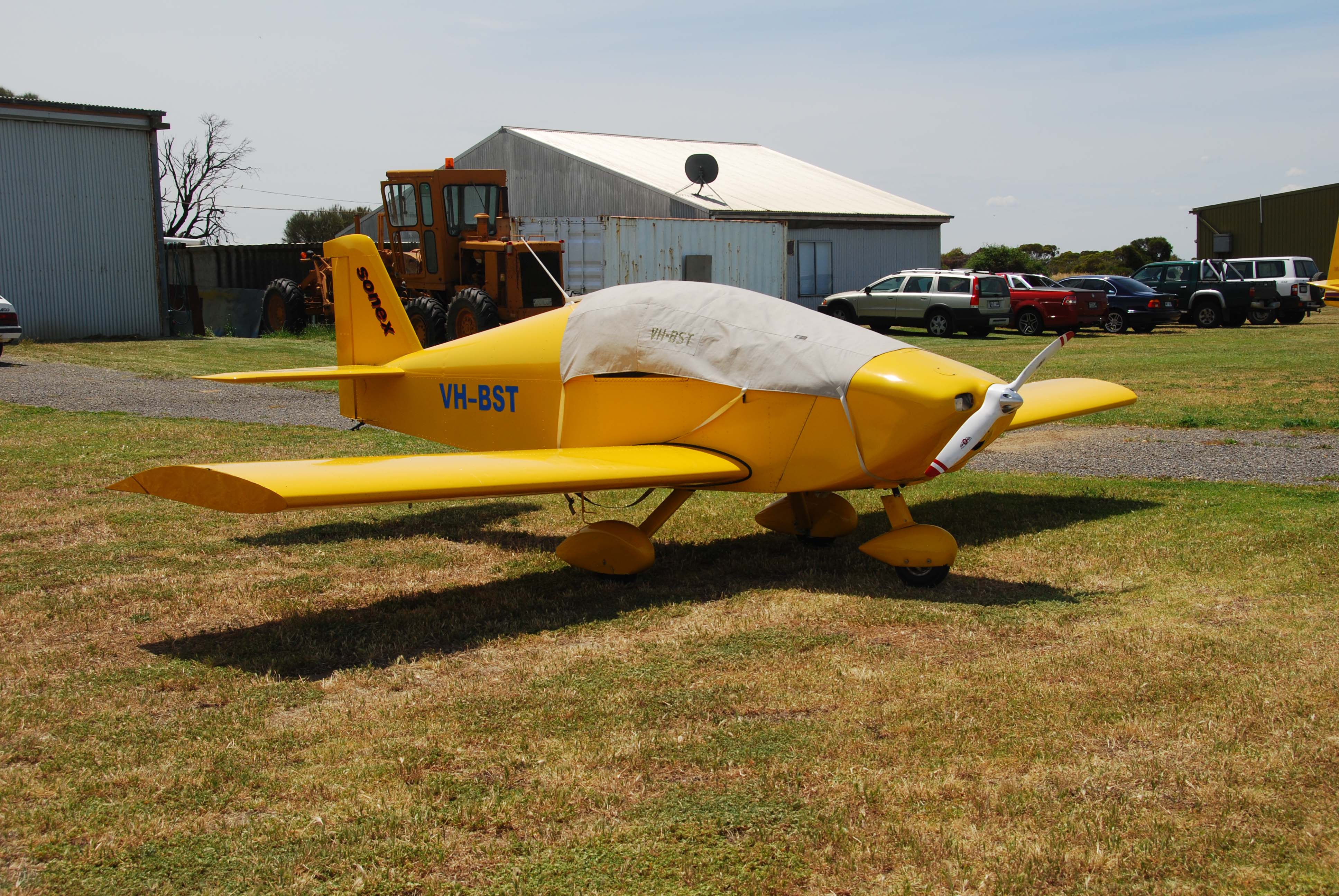 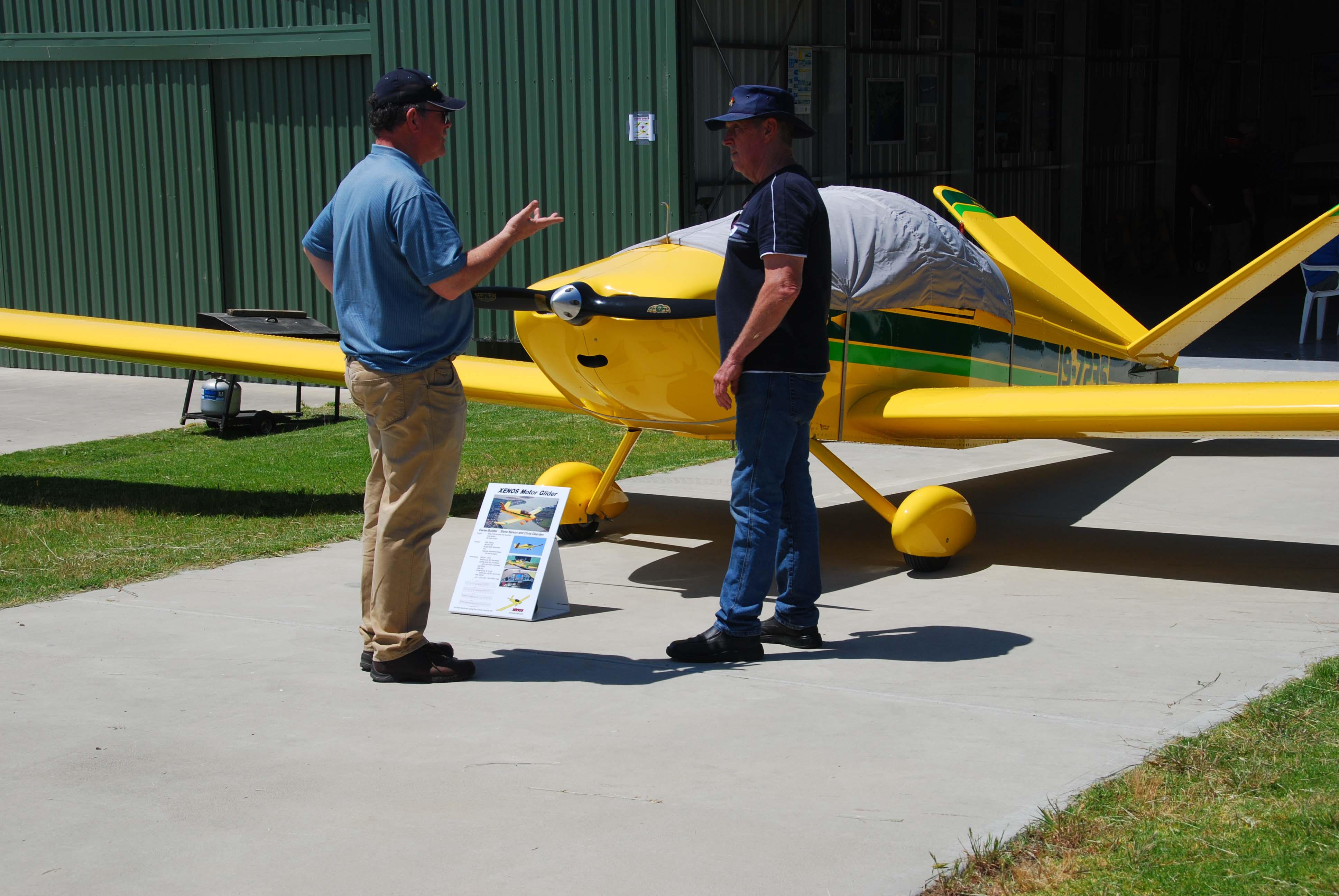 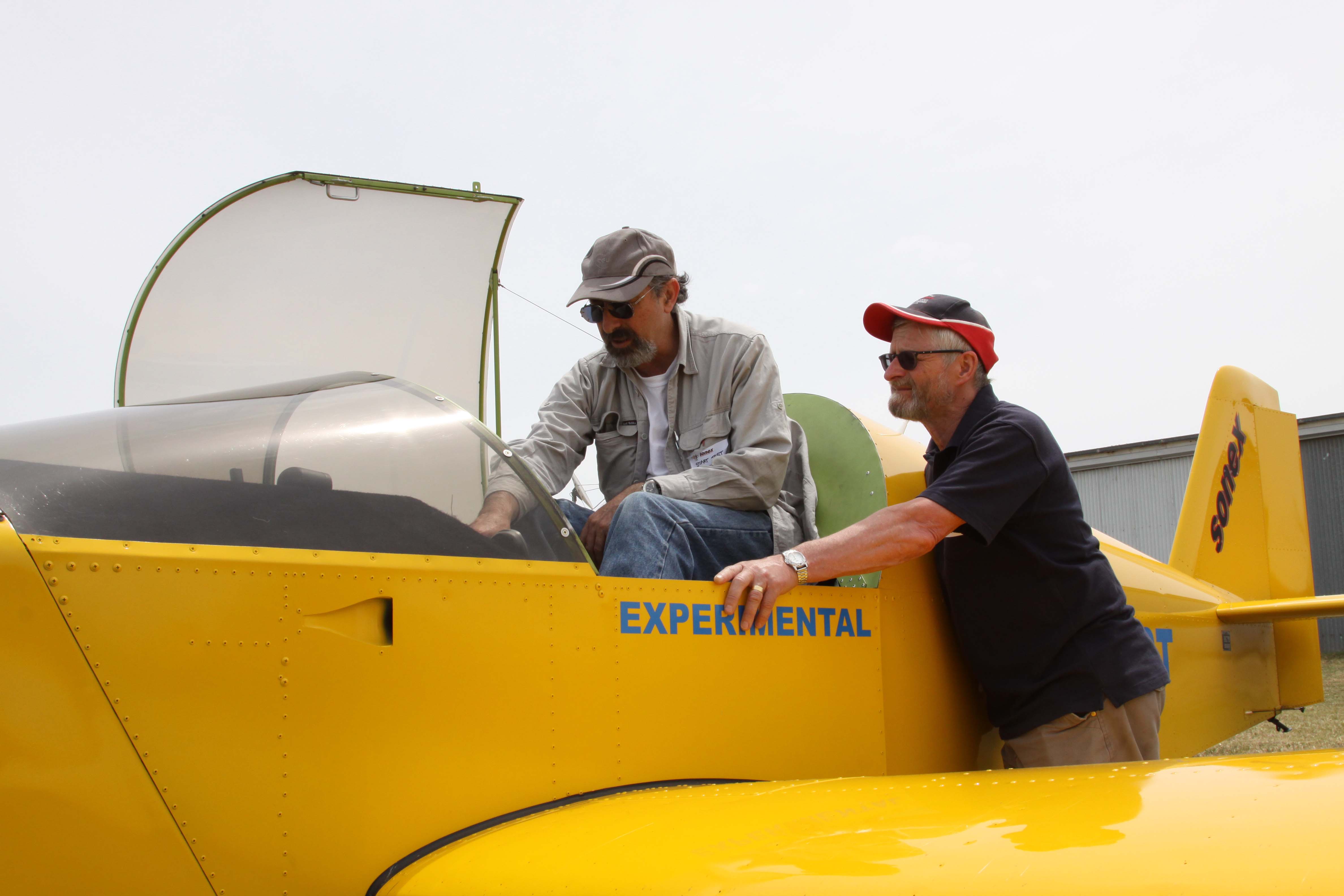 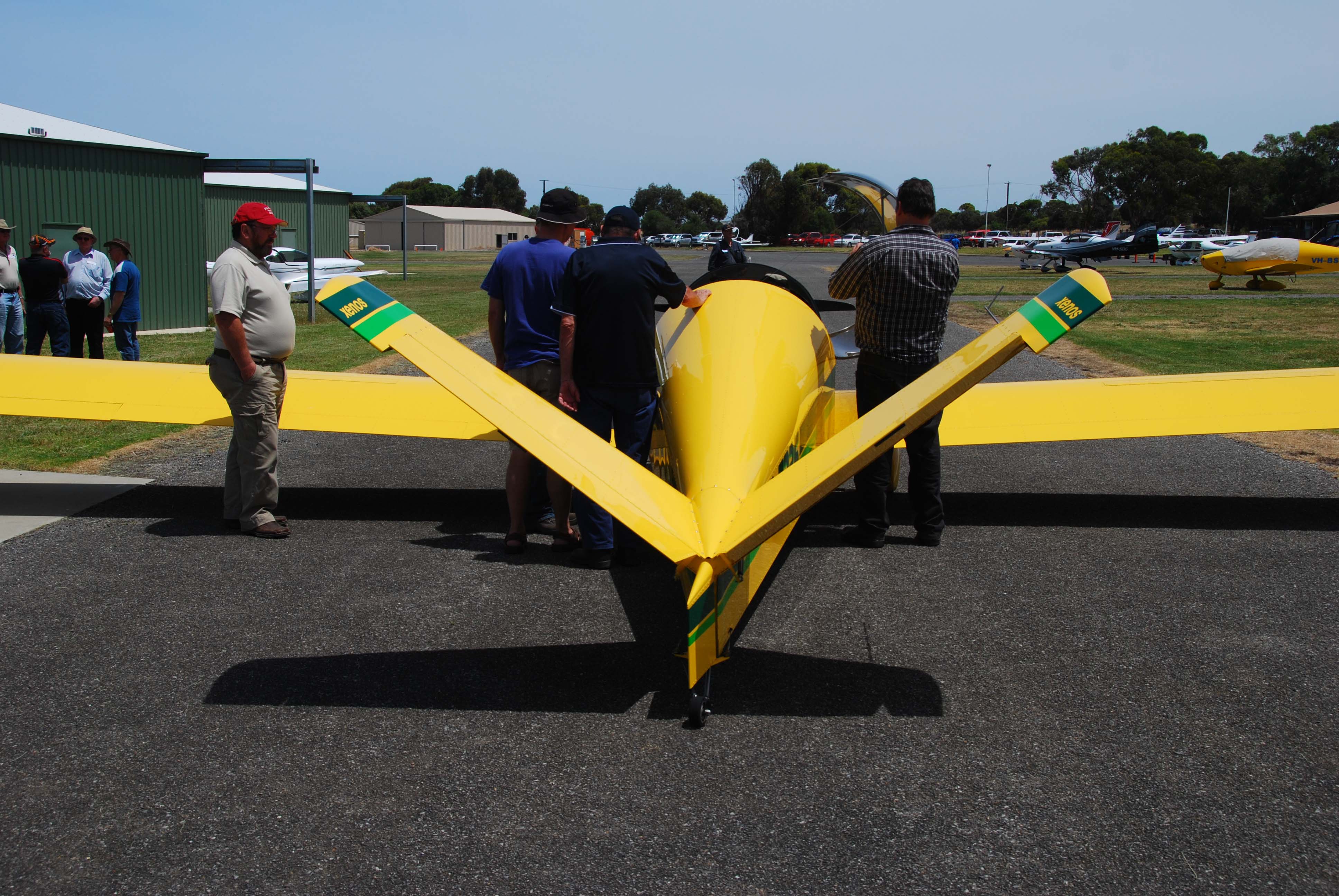 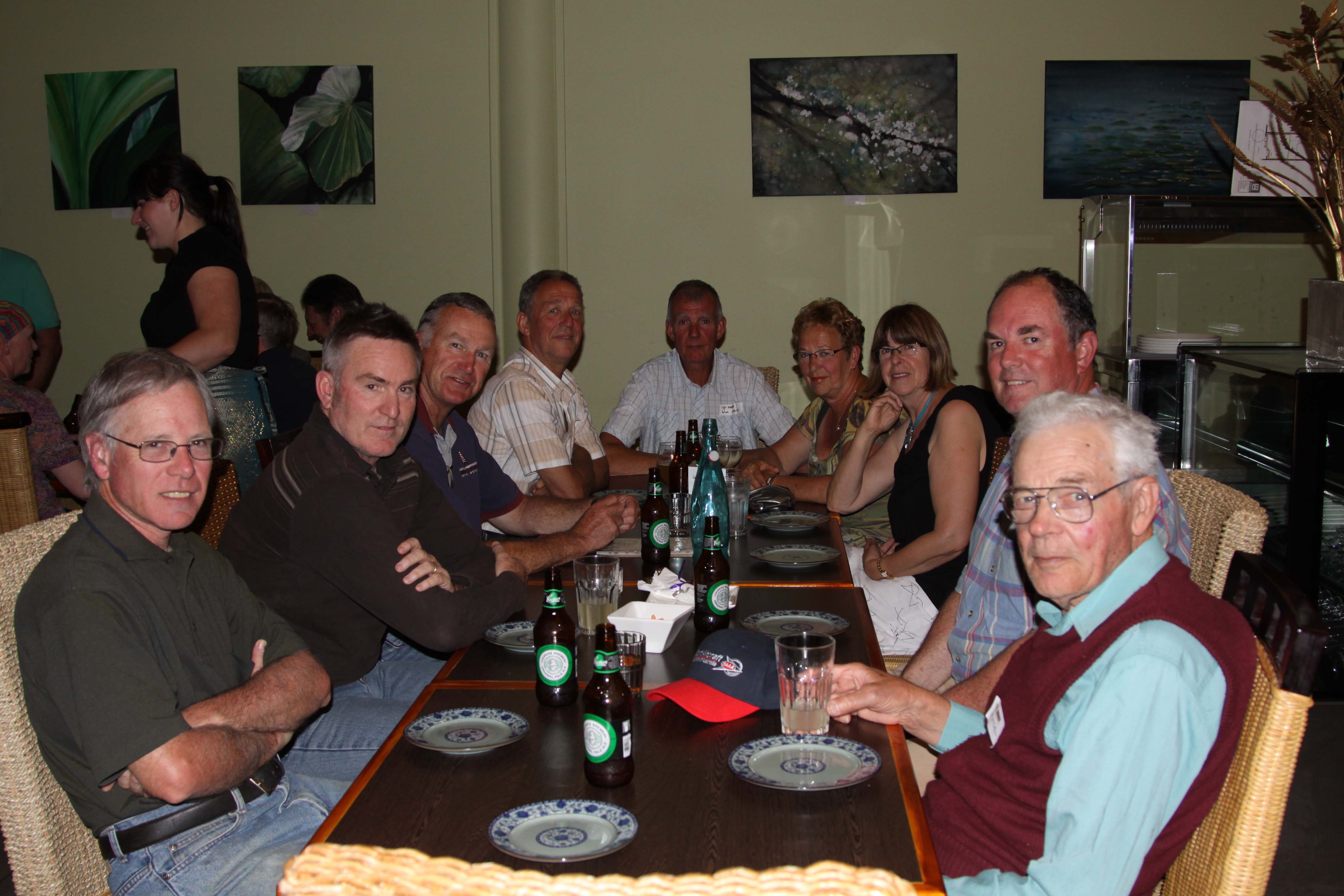 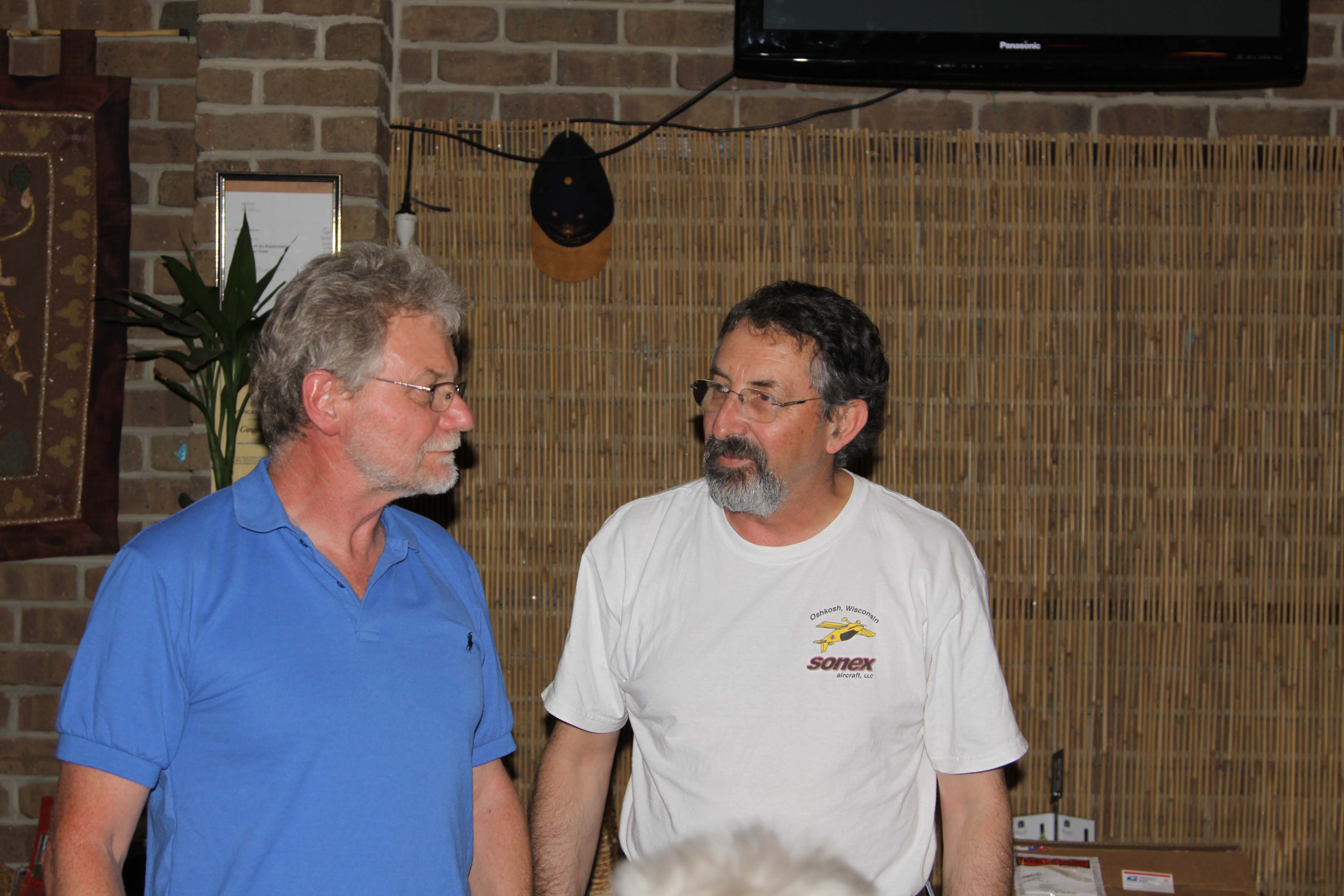 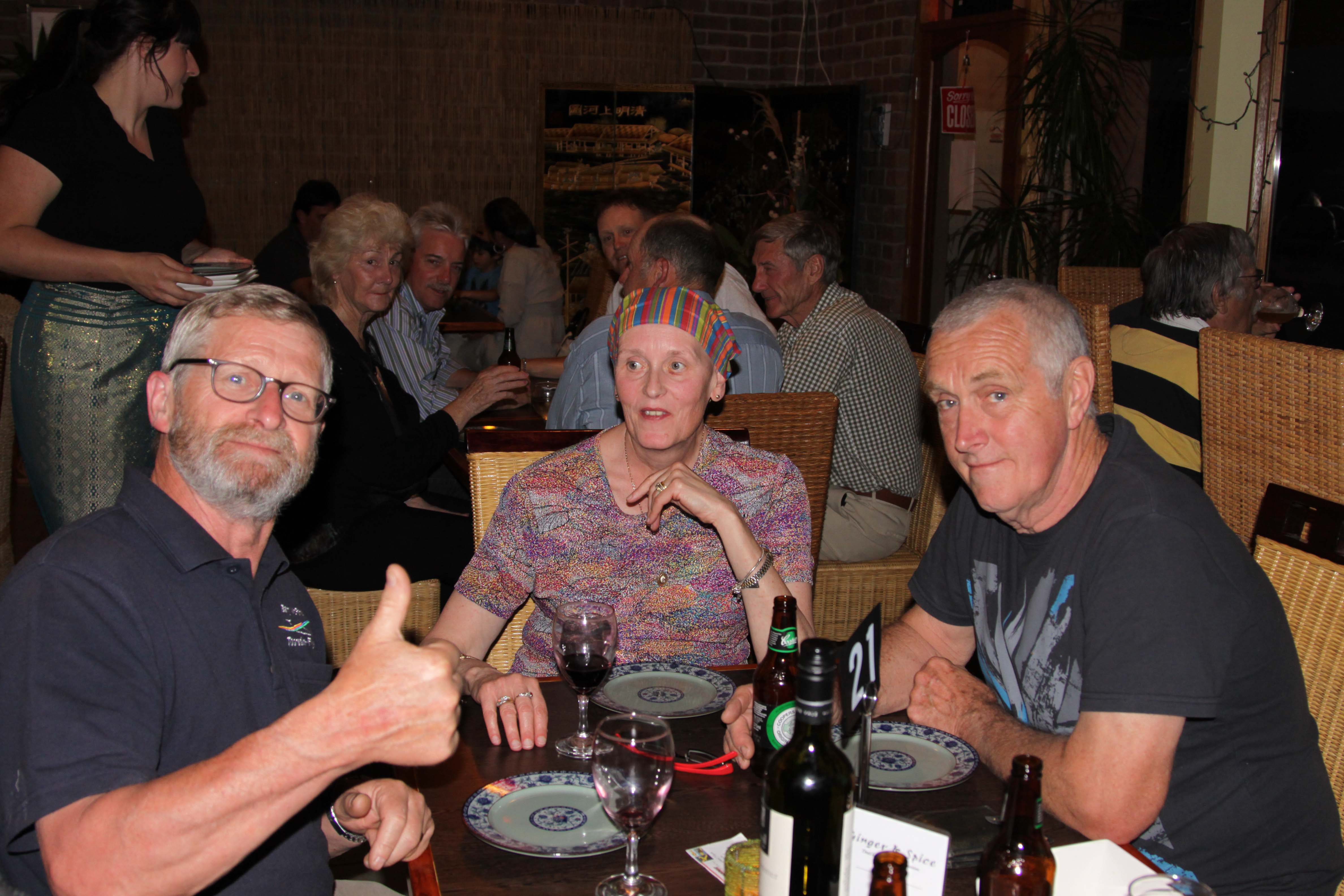 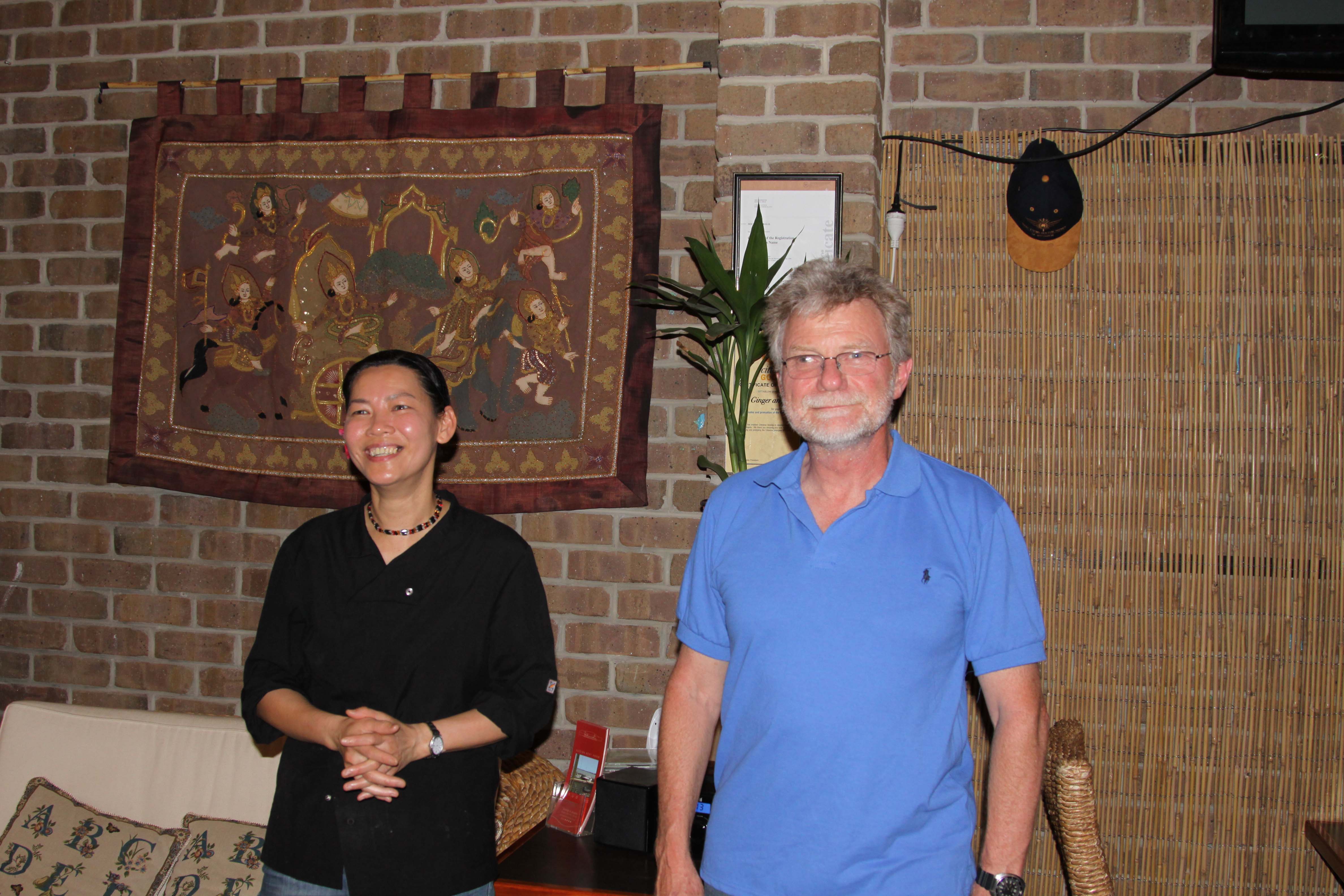 Sippy, owner and chef at Ginger and Spice, gets a round of applause for providing a great dinner 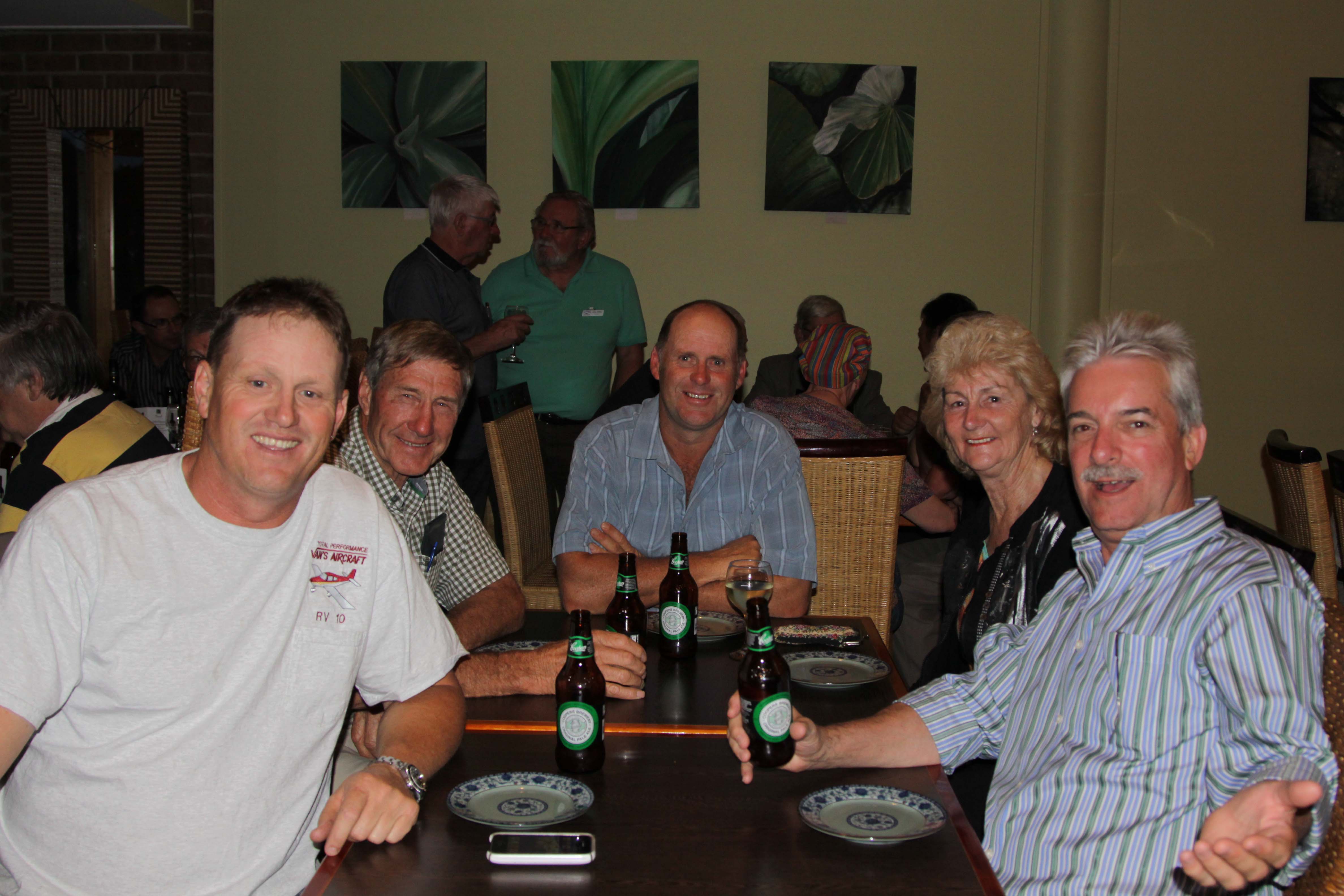 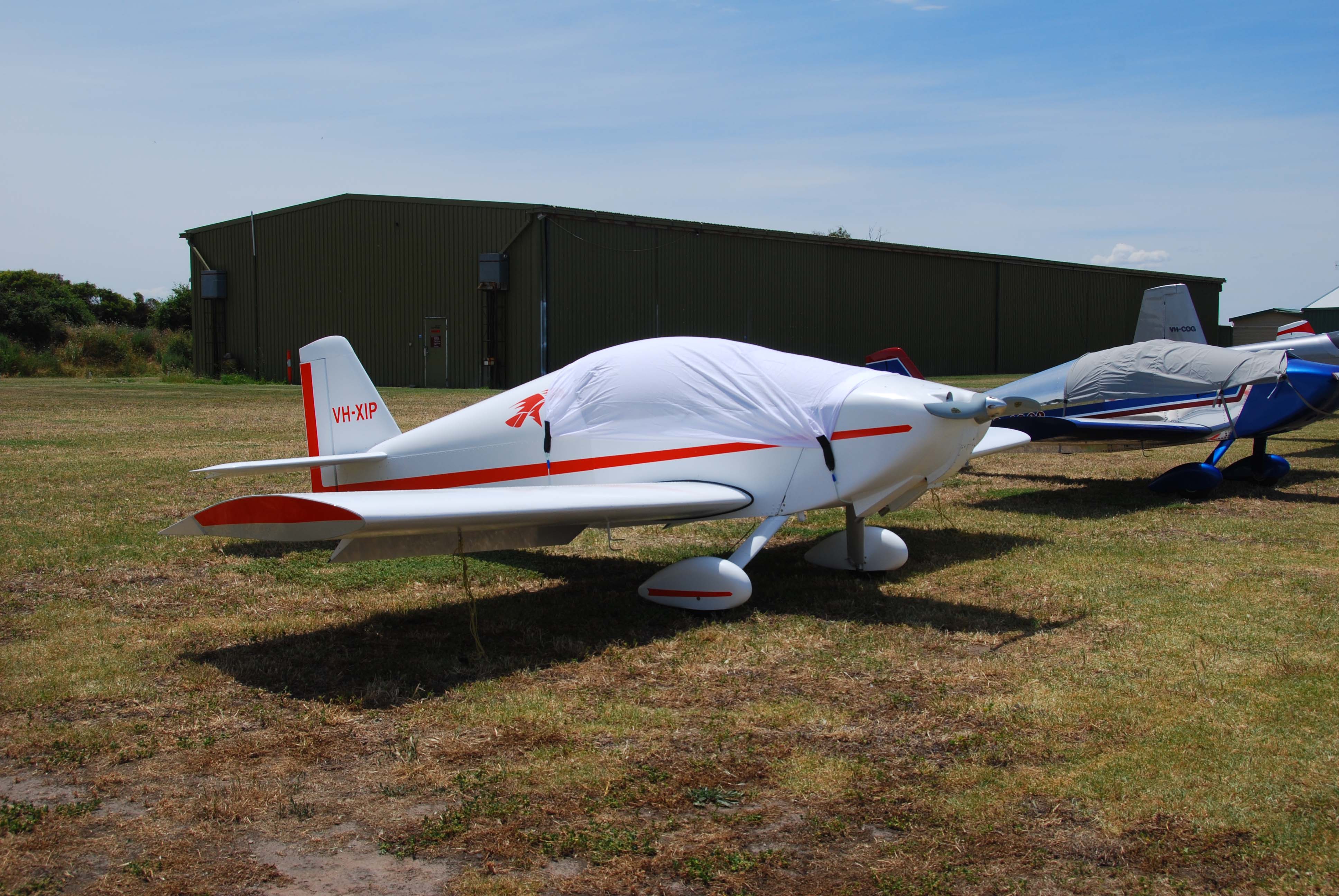 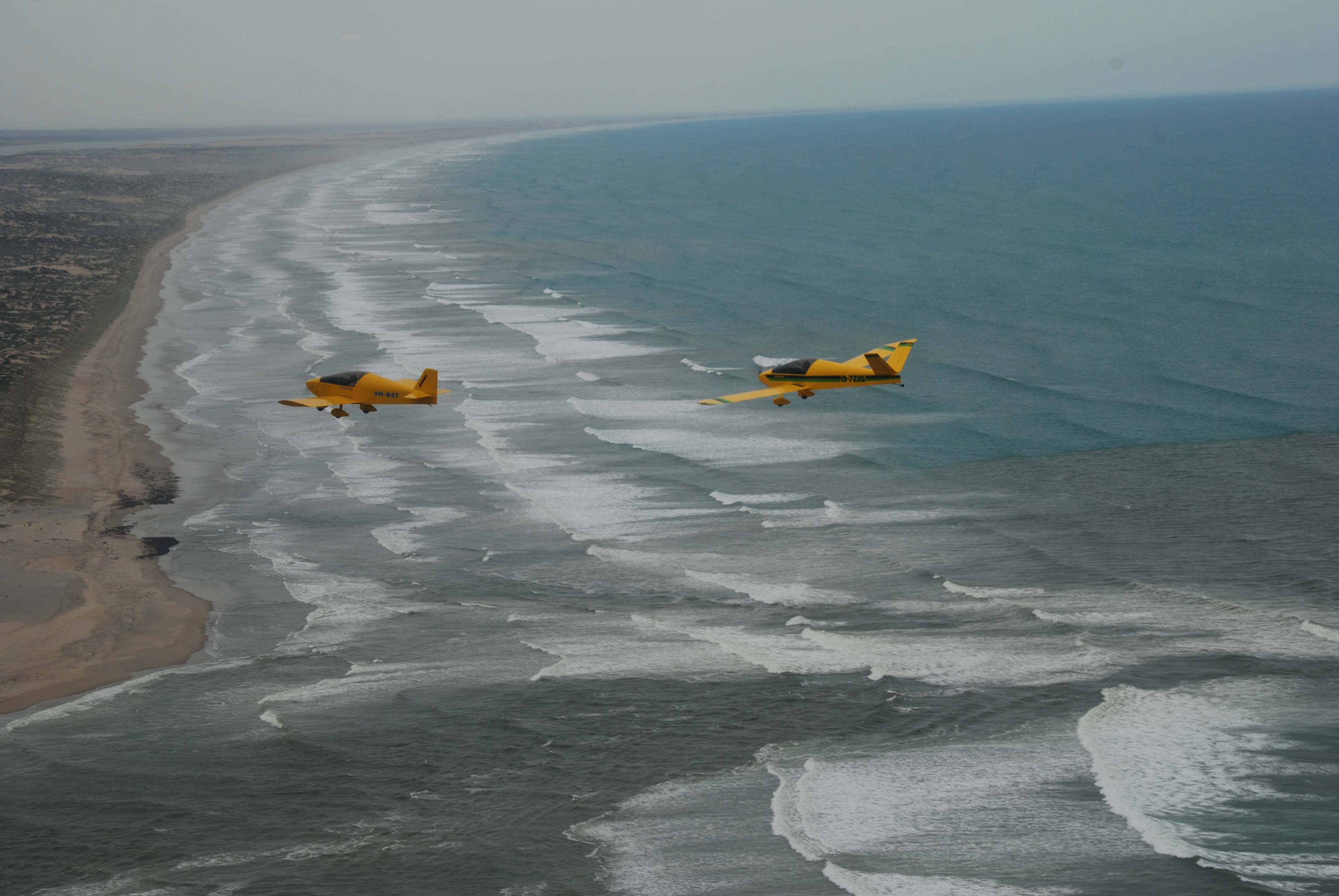 Stuart and Steve formating over the Murray Mouth and Coorong 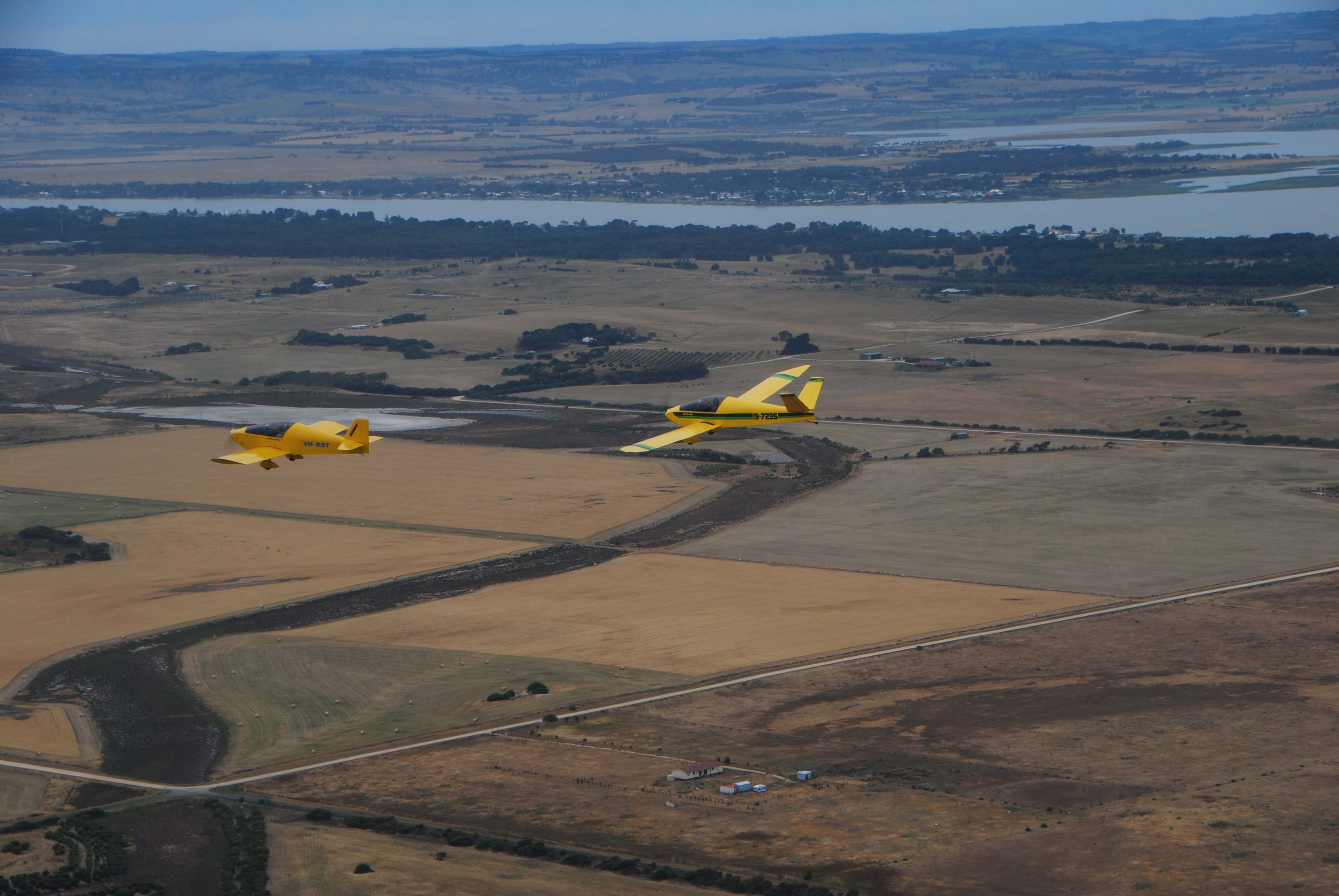 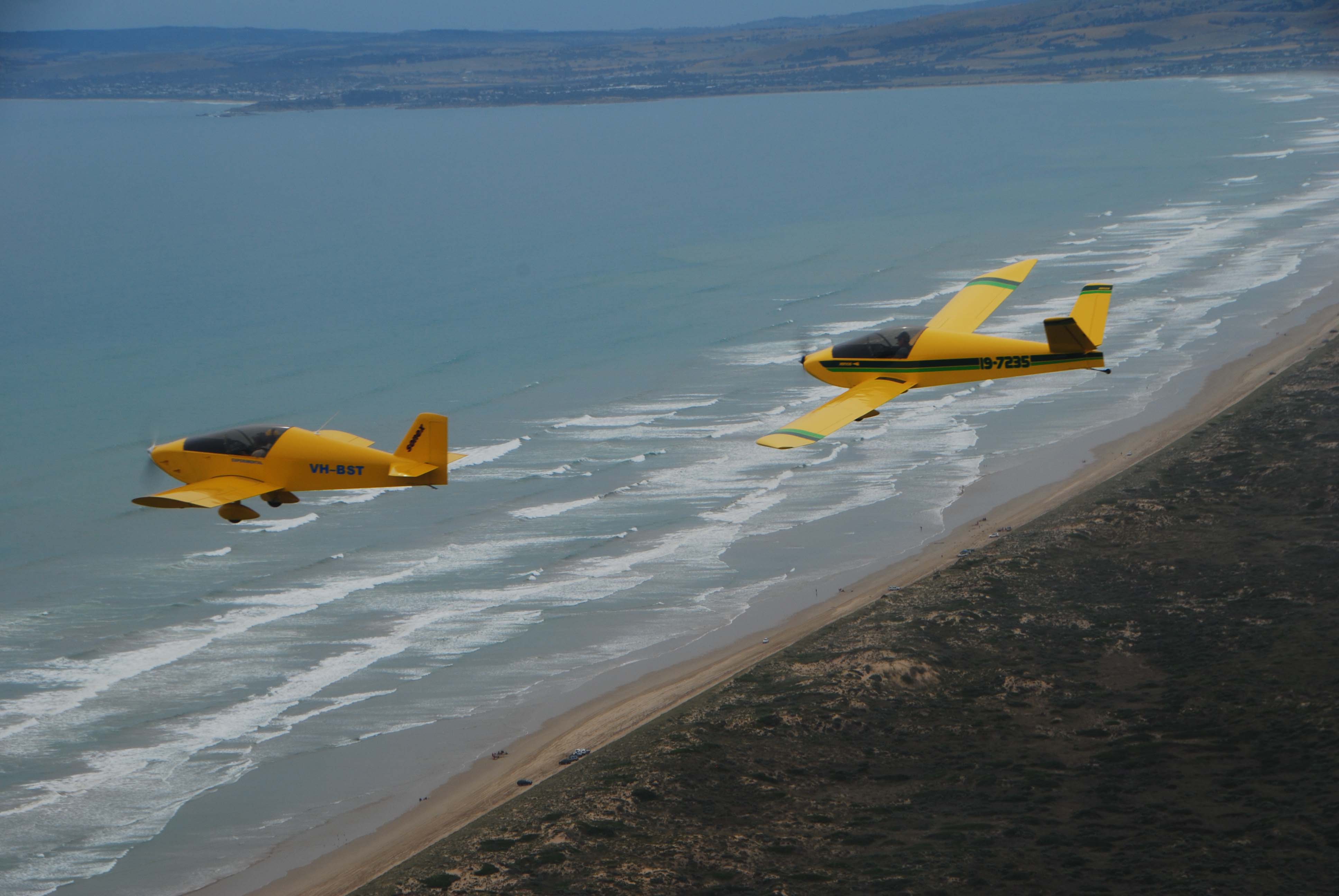 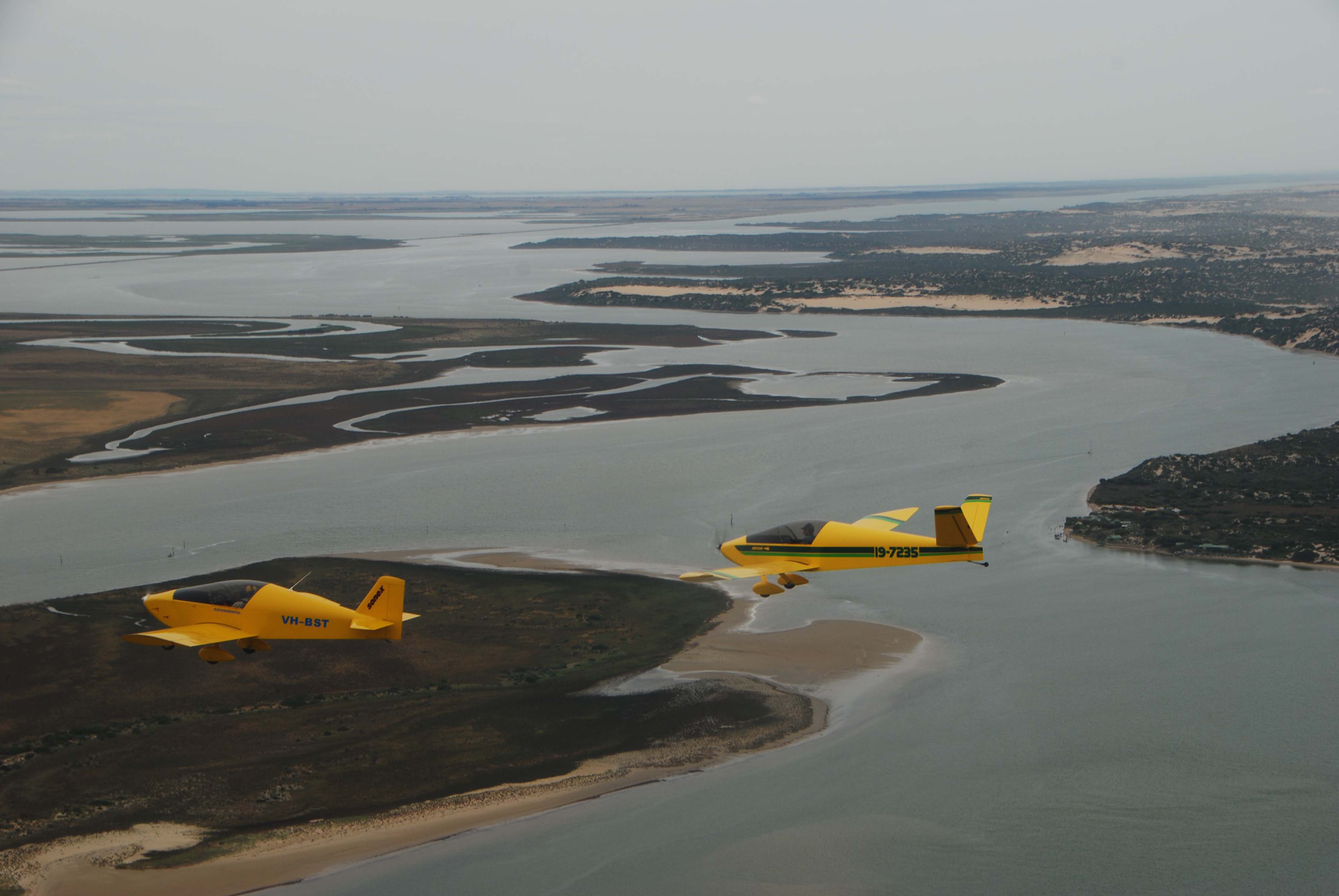 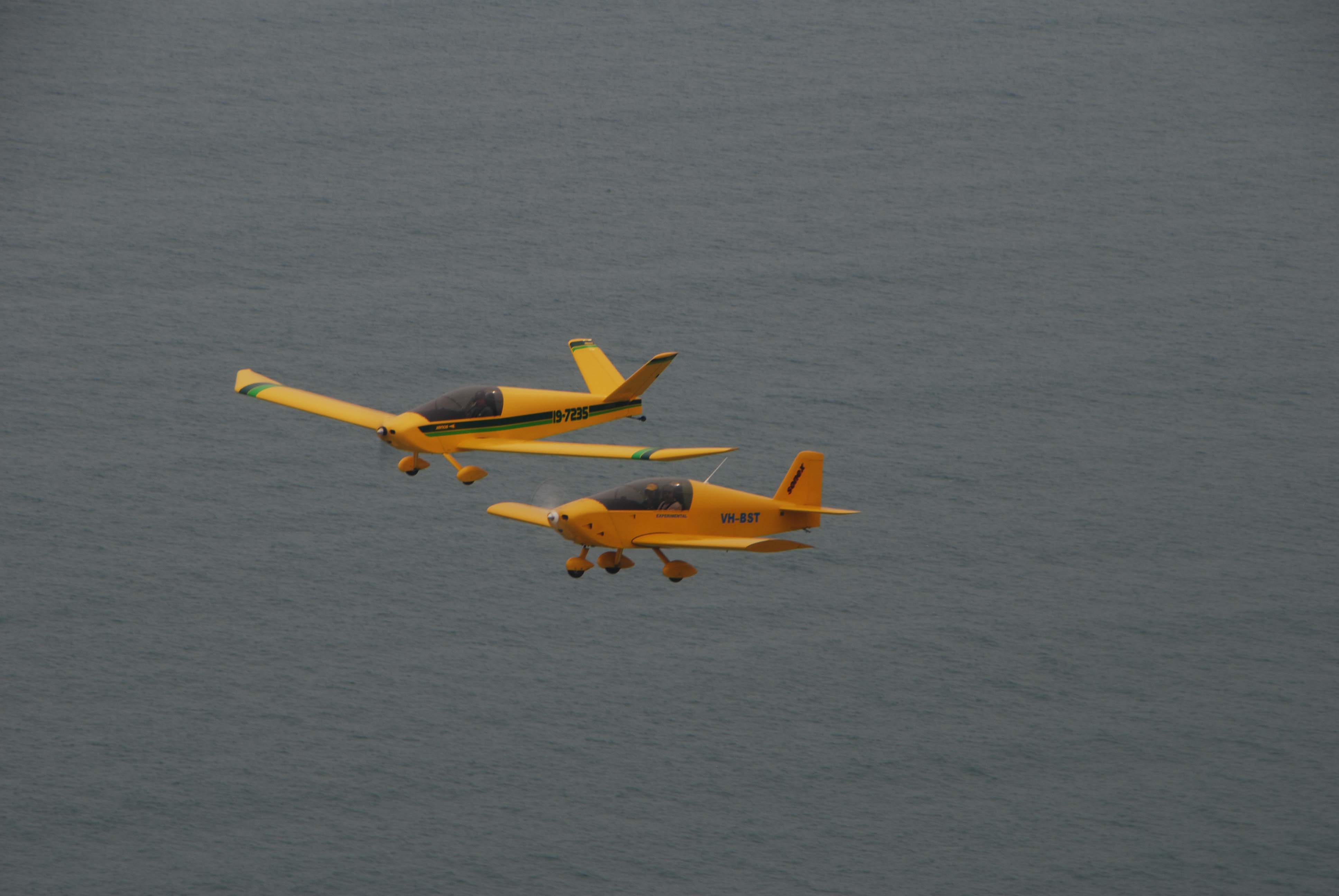 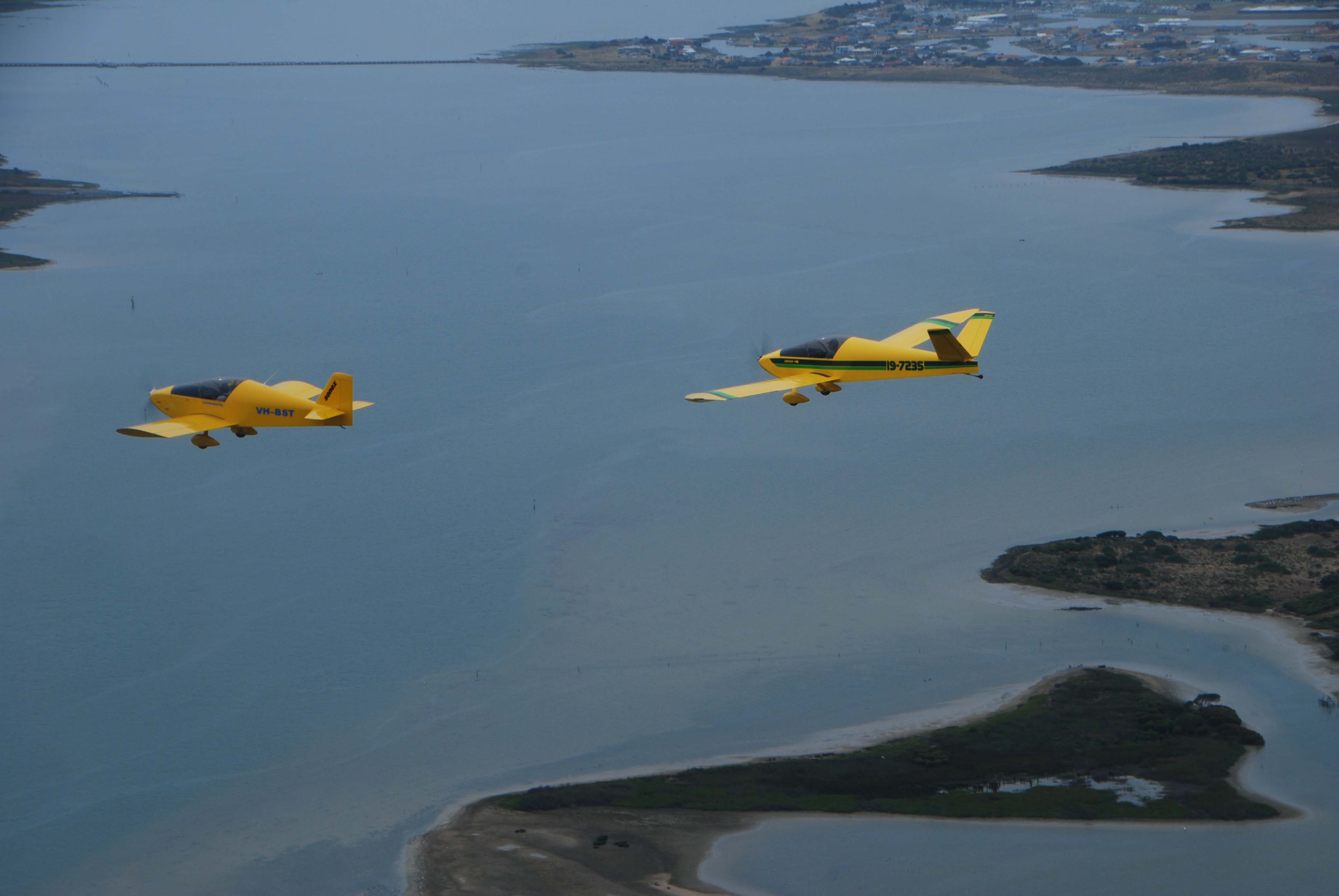 And yet even more…. 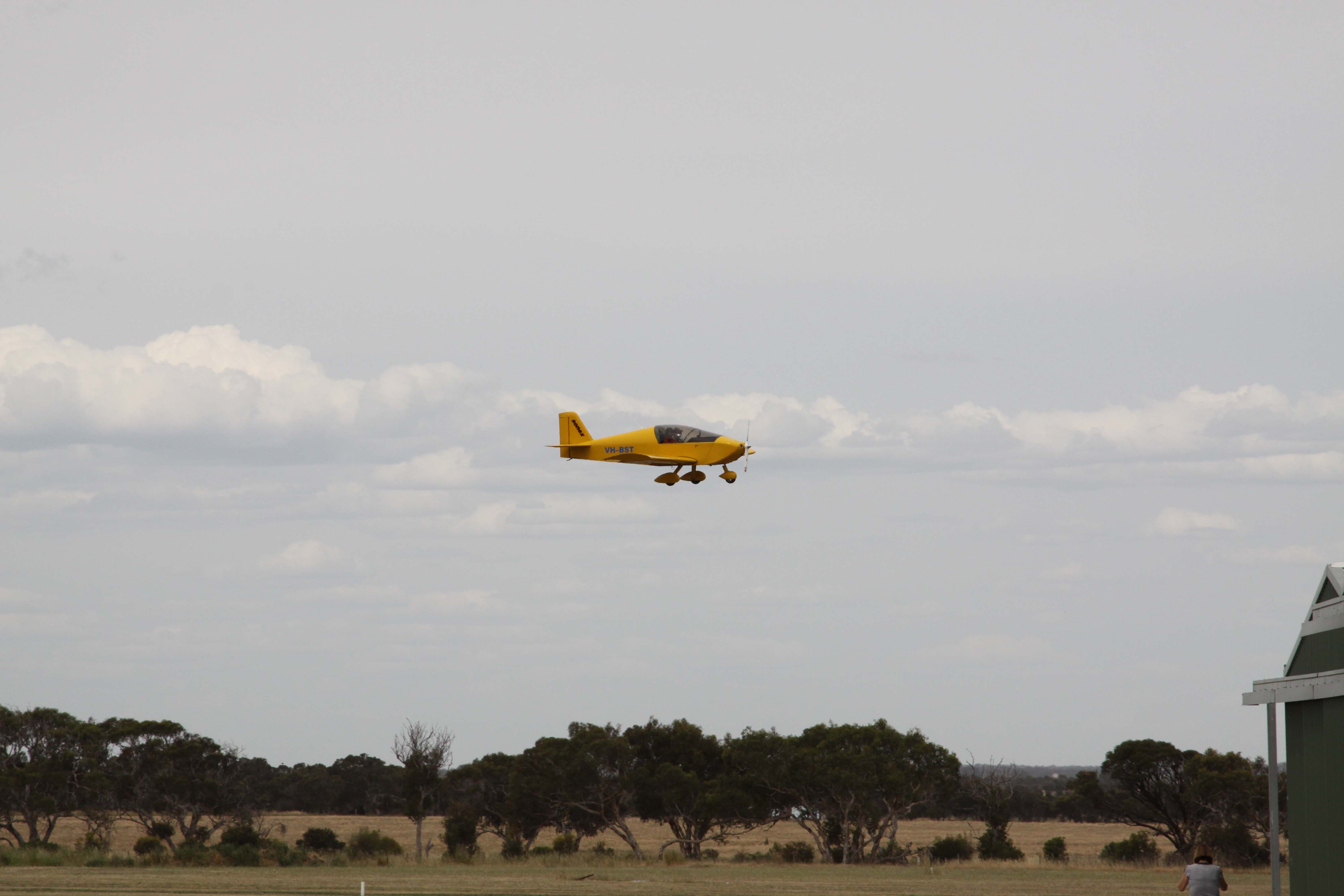 Chris Dearden off on a demonstration flight