SonexAus – ADS-B Receiver Low cost ADS-B viewer for OzRunways
If you already use OzRunways with an iPad with mobile internet access you’ll know that the OzRunways display shows other aircraft in your vicinity that are also using OzRunways. It’s not radar, but at least you know where SOME of the other traffic is.
They are also promoting a device that they call ADS-Pi which displays ADS-B traffic, which I think includes anything with a transponder, on the screen display. Go to adspi ozrunways for details and set-up instructions.

Ozrunways sells a kit of parts for $219, but they had run out of kits and all the parts are easily available anyway so I bought my parts on eBay. I’m not a computer geek, but I was able to get it working, although with a bit more trouble than I had hoped.

So for $118 I should have had a going system, except it didn’t work. First, the downloadable software wouldn’t fit on the 8 Gb card. According to Chris Dearden, a Mac can fit the software on a 8 Gb card but a Windows one can’t. Fortunately I had a 16 Gb card kicking around so was able to use that. My next problem was that the software I downloaded wasn’t right for the model of Raspberry Pi I had bought; mine was a 2, not a B+ (I don’t know what it means either). This was a lot trickier to sort out. Fortunately my RPi came with a HDMI cable and by connecting to the TV it became obvious that the little computer wasn’t booting up. Rowan, from OzRunways was very helpful, promptly emailing me a link to the correct software. Last, the miniature wifi adapter didn’t work for some reason and I forked out another $39 for one at a local computer shop. 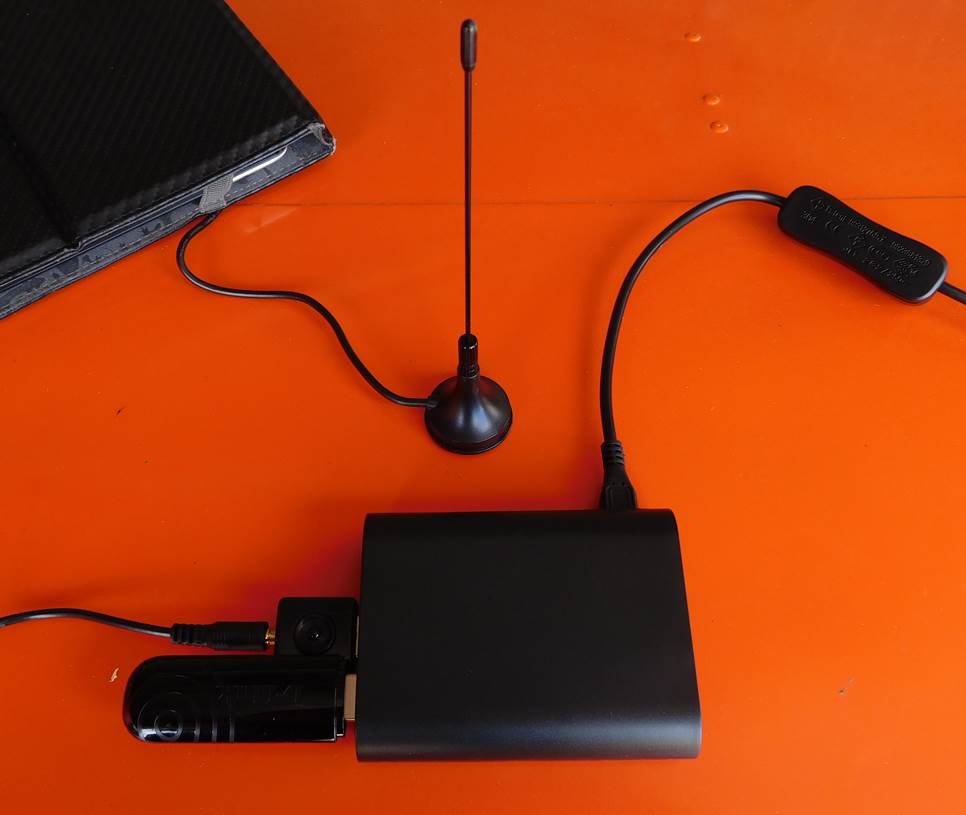 Large black rectangle – Raspberry Pi
Small black square with wire to antenna (my ipad is just holding the wire down) – TV receiver
Long black rectangle with rounded end – wifi adapter – this communicates with the ipad.
The other wire with a blob on it, top right, is the power in.

How does it work? Absolutely no idea, probably magic, but here’s how the output appears on the screen. 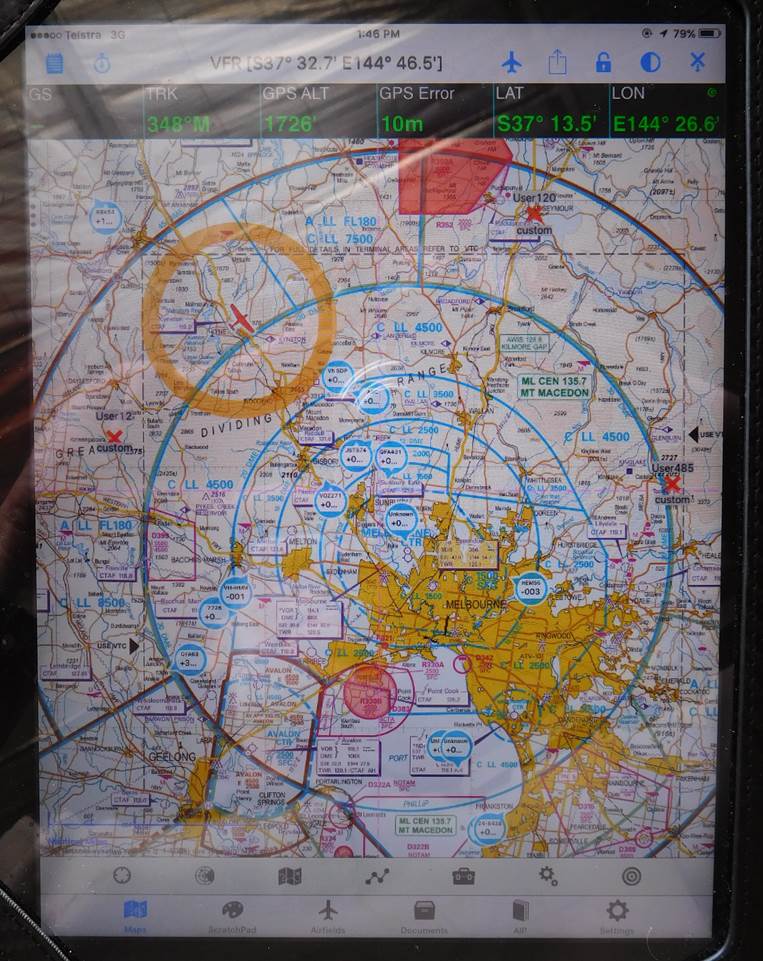 I’m the little red aeroplane in the orange circle. All the little blue circles with the pointy bit are other aircraft locations derived from both the ADS-Pi and OzRunways, but of course it’s not every aircraft so you still need to look out the window. I think that the main place where this gizmo will come in handy is when flying into country airfields which are also used by RPT aircraft

At 5000 feet
At 10,000 feet
As you can see, there are plenty of gaps at the sort of altitudes that we fly, but there is also a large bit of the country covered.

Other things I had to do

Thanks to Rowan Wilson of OzRunways for his help